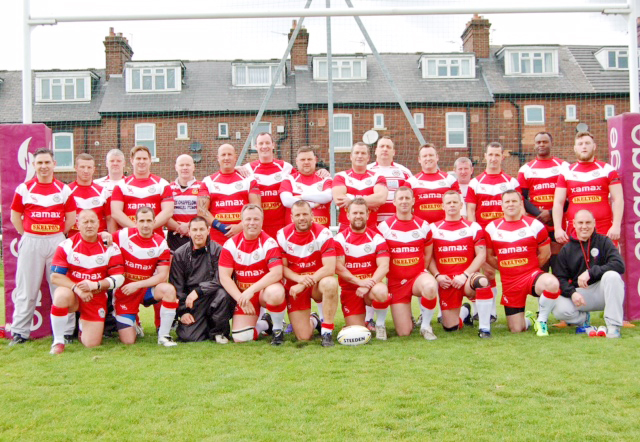 East Leeds Amateur Rugby League Club, based on Easy Road was established over 30 years ago, growing from two junior teams to the current playing strength of 14 teams ranging in ages from under-7’s to open age.

A spokesperson for the club said “East Leeds people see themselves as one big extended family and as with any family when there is hardship for one of the group the others pull together to help.”

This ethos saw a charity match arranged in 2010 when one of the youth players was diagnosed with cancer. A further match took place in 2014 for a young player’s mum who sadly lost her fight to cancer. Both games were between retired players (the East Leeds Old Boys) and the current open age team. The matches proved to be a great success with thousands raised on both occasions.

A group of the retired players decided to form an “East Leeds Old Boys” charity with an annual memorial game being played to raise money towards various cancer causes.

This year’s game has been arranged for Saturday 23rd May at the main pitch on Easy Road with a 2.30pm KO, which will then be followed with a pie & pea supper, raffles, and evening entertainment in the club. The interest from the East Leeds ex-players has grown further this year and with even more than ever showing an interest in taking part, this year’s game is expected to be an even greater success than previous years.

This month’s event is in aid of Kyle Butterfield, an ex-player. Despite only being in his early twenties he has been suffering with ‘Hodgkin’s lymphoma since April 2014. During this time he has been extremely poorly and has been in and out of hospital but thankfully Kyle is now on the long road to recovery. Any money raised will help him to continue the tough journey to recovery. Kyle is hoping to feel well enough to attend and share the enjoyment of the charity day with his family & friends.

All are welcome for this worthwhile cause!