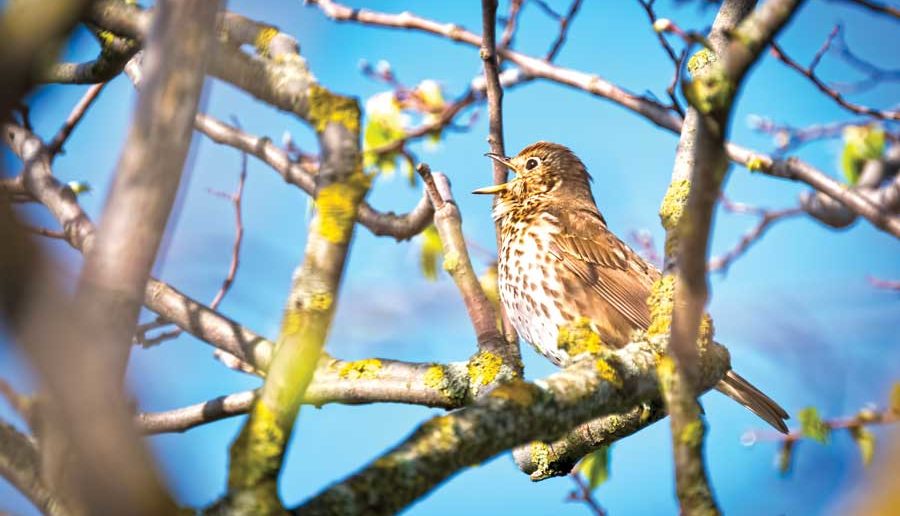 We’ve probably just experienced another record-breaking warm winter with challenging conditions for water birds over many months by way of extensive flooding. Birds such as bittern, water rail, and wildfowl, which rely on reedbed habitat and wetlands to feed, have been forced to move from their normal wintering grounds to escape the high water levels. Some will have been affected by the subsequent pollution that flooding brings.

In contrast, it’s been winter of plenty for our garden and woodland species. There have been very few icy days and hardly any snow cover over most of Yorkshire. Even those terrible storms that have raced through the UK have been wet and windy, with relatively high temperatures for winter. This meant that birds haven’t lost as much fat during the long, winter evenings so haven’t needed to feed constantly throughout the day. Their natural food resources have lasted much longer than usual and more small birds, many of which often die during the winter months, have survived.

With plenty of food and warm weather, birds can maintain peak condition and are able to focus on finding a territory and securing a mate in the second half of the winter, only pausing to survive one or two challenging days. This has been evident by the number of species singing in February, more than I’ve ever heard before, including blackbird which normally starts singing in mid-March.

On my recent birdwatching walks, the number of displaying blue tits and treecreepers has been very noticeable. Many of these small birds usually perish over winter but it appears the population is higher as we come into spring, certainly around the woodlands of Leeds. Look for fluttering and chasing behaviour on sunny days. During courtship behaviour, it is possible to see birds copulating when it seems too early to breed. This doesn’t mean they will produce chicks early. The female has the means to store sperm inside her cloaca until the time that conditions are right to breed. You will see mallards beginning this process in mid-winter.

So, back to birdsong. One of the easiest songs to learn is the great tit. It has a two-note song often described as ‘teacher, teacher’ or it could even say ‘great tit, great tit’ depending on whether it’s singing slowly or with more speed. The song thrush produces a melody of loud, repeated phrases often from the top of a tree. The robin has a random song. It’s impossible to know what phrase it is going to sing next, so the robin is identified by the delivery of the song. The adjectives used to describe the song are wistful, melancholy; sweet but slightly sad, usually ending in a downward or flat note. Listen out too for the chaffinch, often called the bowling bird as the rhythm of the song is likened to a cricket bowler on the run up, the pre-delivery stride and the actual throw.

Next time I’ll focus more on how to teach yourself birdsong at home and the best resources available to learn more quickly. I’ll also be running birdsong classes between now and the end of June. Contact me for details.