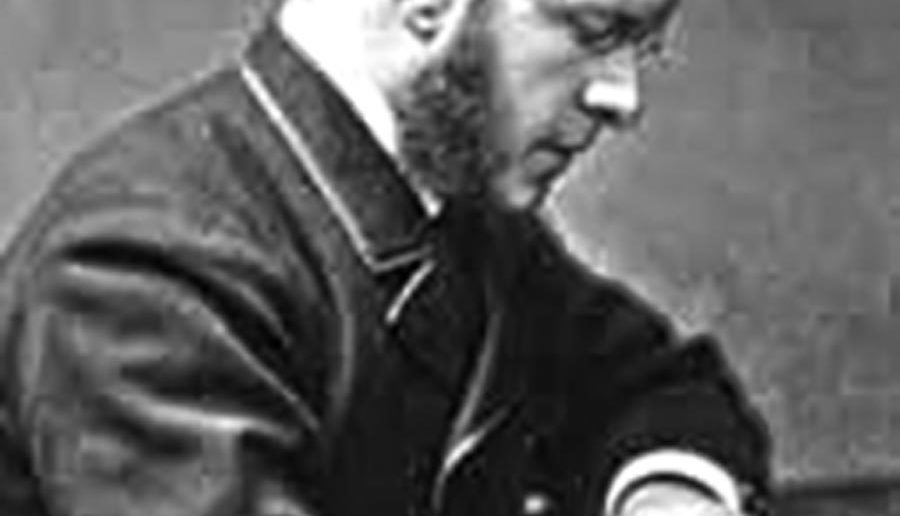 The name Barnardo is familiar to most people who walk and shop along the busy streets of the towns and cities throughout Great Britain. It conjures up emotions about children who have little or nothing in their young lives but poverty and in some cases, starvation.

The mission service had come to an end, and all of the little ‘ragged urchins’ had left the building apart from one called Jim Jarvis who was reluctant to return to the cold, unfriendly London streets.

This question from the missioner brought a wistful look onto the boy’s face.

Missioner, Thomas John Barnardo, was taken aback at this. He was even more shocked after research he carried out revealed that young Jim Jarvis wasn’t the only homeless child on London’s streets, there were hundreds. Barnardo knew something needed doing to stop young people entering a life of crime. The obstacle was the old, old story, the need for money and where to get it to try to alleviate the problem. Barnardo managed to put the facts to the great social reformer, Lord Shaftesbury who couldn’t believe his ears. A visit to the east end of London would soon open Shaftesbury’s eyes

The pair walked through the streets to a large warehouse, on entering, Barnardo guided Shaftesbury to a tarpaulin, and reached inside the tarpaulin and pulled out a boy. Slowly, more faces appeared, numbering about eighty. No further proof was needed and Shaftesbury gave backing to Barnardo. This was the beginning of the homes and charity shops we see today.

Thomas John Barnardo was born in Dublin in 1845, the son of a furrier. His early life is a little sketchy and much of what is known came from his writings. He was educated at a parish day school, Sunday School and St Patrick’s Cathedral Grammar School in Dublin where he was said to be ‘disruptive’ and failed his public examination at age sixteen and became apprenticed to a wine merchant.

When nearly seventeen, he experienced ‘conversion’ and joined the Plymouth Brethren where his mother and brothers were members, he was convinced his life should be committed to social work and was funded to study medicine at The London Hospital after the Dublin YMCA had  introduced him. He lodged in Stepney, devoting much of his time during 1866 to missionary work, visiting beer-houses, small theatres known as ‘penny gaffs’ and homes where he gave bibles away. Unfortunately, some people didn’t take kindly to his ‘lecturing,’ he was physically attacked several times, once sustaining broken ribs. Undeterred, he involved himself with the Ernest Street ragged school near the Mile End Road.

He became torn between taking up work as a medical missionary in China or staying in London to continue his work, having been offered a lot of money to stay here. He realised that his duty was to his own people, particularly after an outbreak of cholera and smallpox. In 1870, The East End Juvenile Mission was established, and his first ‘home’ in Stepney Causeway. The cost of the conversion of the building led him to seek financial help from Lord Shaftesbury and Robert Barclay the banker.

Within seven years he achieved  much, establishing a home, a ragged school, an employment agency and a church mission. In the east end he also bought over twelve properties as well as a children’s magazine. In 1872 he published “How it All Happened,” an account of the work he had done, and a year later he married Syrie Louise Emslie having met her after being invited to speak at a meeting in Richmond. They were given the lease for Mossford Lodge as a wedding present.

Barnardo had a talent for marketing his projects and of special significance he decided to open a photographic department in 1874 in the Stepney Boys Home. Over the next thirty years every boy coming to live at the home was photographed on admission. Several months later, they were photographed again, and this was the ‘before’ and ‘after’ cards. The cards were sold for five shillings for twenty, or sixpence singly and were given titles such as ‘Once a Little Vagrant,’ ‘Now a Little Workman.’

Money was always needed to fund Barnardo homes and he was a pioneer in organising mass charity giving. He founded the ‘Young Helpers League in 1891, and those children who were more fortunate were urged to help also. By 1905 its membership was over 34,000.

Barnardo believed that children grew better within a family orientated environment than in children’s homes. He found that after a spell in the homes he created, some of the children who had come from workhouses returned there. He began to think about boarding out some of them. He knew that some Scottish districts since the sixteenth century had placed children with decent families to cut the pauper population. Between 1886 and 1887, three hundred and thirty of these between the ages of five and nine were placed in homes in the country, a world away from the slums of the east end of London. Barnardo believed that boys of this age were the most vulnerable and need to be put on the tight track. For each child, ‘Foster’ parents were paid five shillings a week, but Barnardo preferred that these fees weren’t the sole income of the ‘Foster’ parents including widows.

Barnard’s health by now began to deteriorate and he developed a heart complaint requiring him to rest, but he wasn’t the type to relax and he was soon back at work, but by 1903 he became seriously ill. He finally gave up work and died on the 19th of September 1905. At the time of his death, there were ninety-six residential homes he had set up catering for some eight thousand children. About thirteen hundred of these children had a disability. Today, Thomas John Barnardo’s great work carries on.