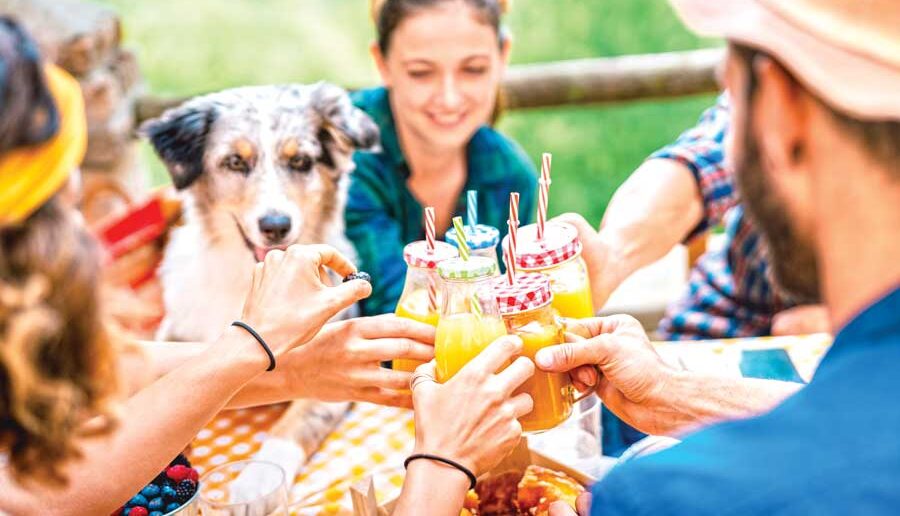 As many people reunite with friends and family at outdoor events, vets are reminding the public to dispose of litter and barbecue waste responsibly to protect pets, farm animals and wildlife.

The recent relaxing of restrictions on socialising outdoors is predicted to cause a surge in picnics and barbecues over the coming weeks. But vets are asking the public to remain mindful of the dangers litter such as broken glass, barbecue skewers and food packaging can pose to animals.

Figures from the British Veterinary Association (BVA) Voice of the Veterinary Profession survey revealed that in 2018 44% of vets treated animals suffering injuries or harm from litter. Vets are hoping that the public will take steps to dispose of their litter responsibly after hearing of the terrible impact on animals.

The cases ranged from external injuries, such as cuts and damaged limbs, to obstruction or internal injury and poisoning due to the ingestion of litter. They were most commonly seen in pets but there were also reports of cases in wildlife and farm animals. In a number of cases the animals died despite receiving veterinary care.

“We are all enjoying reuniting with loved ones in accordance with government guidance and for many of us this will mean socialising outside in parks, gardens and other outdoor spaces. We are hoping that this reminder of the harmful impact litter can have on animals prompts everyone to ensure they dispose of any waste responsibly.

“These figures show that even before the current restrictions many animals were arriving in practices across the country every week requiring treatment for terrible, and sometimes fatal, injuries and poisoning caused by discarded rubbish. This isn’t just about obvious hazards like broken glass; any unsecured rubbish in public spaces, or even outside your home, can attract animals and lead to injuries.”

Of those vets who provided examples of litter injuries, nearly half (47%) reported animals that had been harmed by glass, tin or metal cans. Twenty-three per cent reported animals tangled up in materials such as elastic bands, netting, wire and plastic rings and 18% reported injury from fishing hooks or other fishing equipment.

Just over a third (35%) reported harm from ingestion of food waste such as poisoning, gastroenteritis or internal damage. Potentially dangerous food waste swallowed included rotting food, bones, fruit stones and corn cobs, while barbeque skewers were also mentioned as a common hazard. Just under a third of the vets (31%) reported examples of harm from ingestion of non-food waste such as plastic or food packaging causing internal obstruction or perforation.