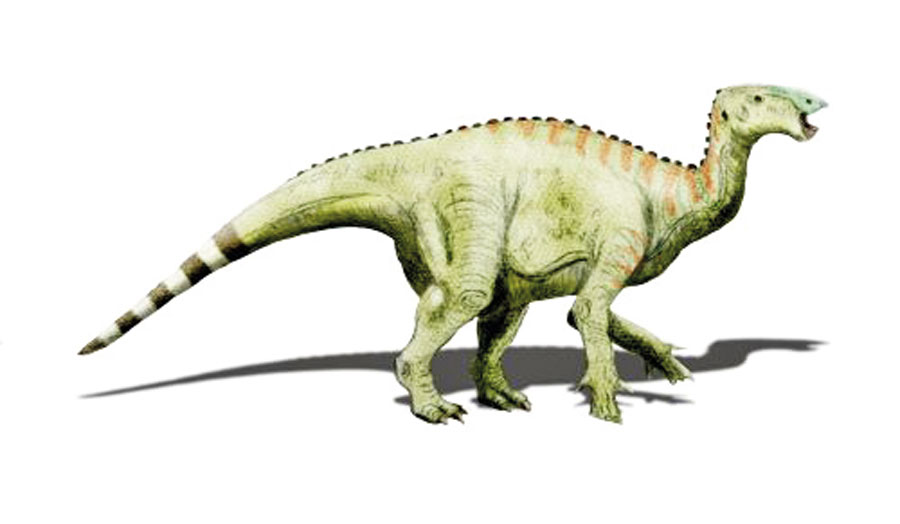 DINOSAUR TO DROP IN FOR MUSEUM’S NATURAL HISTORY SPECTACULAR

A twenty five foot dinosaur will be unleashed at Leeds City Museum this year as part of a season of events exploring more than 300 million years of natural history.For the first time ever, Leeds Museums and Galleries’ fantastic fossilised Hypselospinus will be reconstructed and displayed at the museum during the May half term holiday.
Usually a resident at the Leeds Discovery Centre, the herbivore’s skeleton will be on show in a special viewing area from Saturday, May 28 until Sunday, June 5.
The spectacular dinosaur display, laid out across the floor of the museum’s Brodrick Hall, will be one of the highlights of the new Life on Earth natural sciences programme, which began last month.
The programme includes a series of events and workshops that will examine how life has evolved over the millennia through the museum’s superb natural history collection.
Neil Owen, Leeds Museums and Galleries’ assistant curator of geology has spent the last two years working on Geoblitz, a three year project to investigate and promote the geology collection.
He said: “People’s fascination with dinosaurs is timeless and it’s incredibly exciting to think we’ll soon have our very own example of one of these magnificent creatures on display at Leeds City Museum.
“Whether you’re young or old, dinosaurs have this unparalleled ability to capture the imagination, making periods of time that would normally be impossible to fully comprehend seem so much more accessible and easy to engage with.
“Leeds has an excellent collection of fossils and this programme also gives us a great chance to showcase some of that collection to the city, giving visitors a bit of an insight into how much life on earth has changed over hundreds of millions of years.”
The Hypselospinus skeleton was originally found near Rye in East Sussex in 1866.
The animal lived in the early Cretaceous period, around 137 million years ago, with its remains including a near complete tail, right hind limb and foot along with incomplete forelimbs, vertebra, ribs, pelvis and an extremely rare skull fragment.
As well as the dinosaur display, the natural sciences programme will include talks and study days.
Councillor Brian Selby, Leeds City Council’s lead member for museums and galleries, said: “We’re really looking forward to welcoming people to this new programme and in particular to visitors seeing a real dinosaur on display at the museum for the first time.
“Our natural history exhibits are always some of our most popular with people of all ages so I’m sure having this exciting display coming up will create a real buzz around the museum and the city.
“We have an excellent collection of fossils and showcasing them like this is the perfect way to grab people’s attention and get them thinking and talking about history and the natural world.”
For more information on the natural sciences programme including talks and study days, visit: www.leeds.gov.uk/lifeonearth
?????? Hypselospinus facts ??????
– Hypselospinus was a medium sized, plant eating dinosaur of the Iguanodontia family.
– Its name is derived from Greek hypselos, “high” and Latin spina, “thorn”.
– Its major distinguishing features were a large, elongated dorsal spines that gave the animal a much taller appearance.
– Only a few partial fossil skeletons have been discovered. Skull fragments are extremely rare and a complete skeleton has never been found.
– Other fossil specimens from the same stratigraphy are in the Natural History Museum, London and comprise of similar and almost identical material to the Leeds specimen.
– The specimen was bequeathed to Leeds Museums and Galleries in 1866 by the late Austin Edwards.