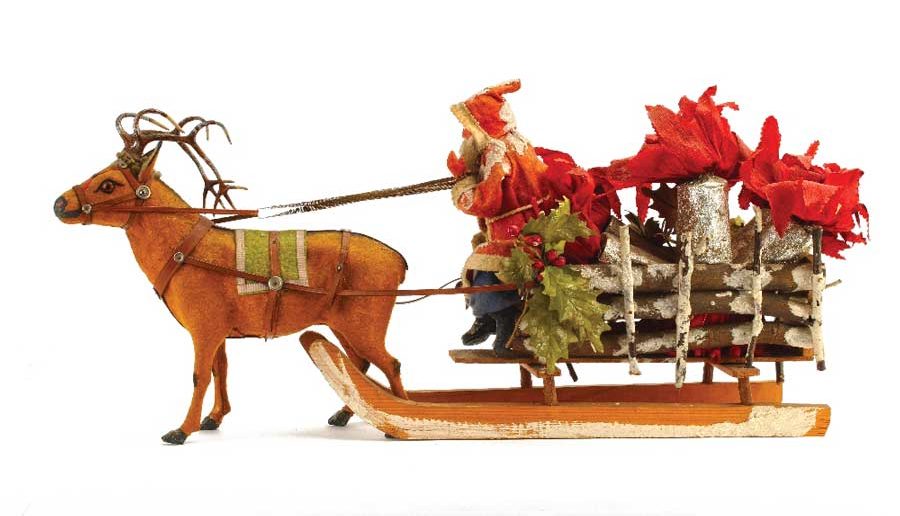 There is still interest in old Christmas ornaments, particularly quality and well-made items. This figure of a Santa Claus on a reindeer sleigh was made in Germany in the 1920’s. The sleigh was made of twigs and wood with red and silver coloured crackers. Santa’s beard was made of rabbit fur and his clothes were felt and brushed cotton. The reindeer had orange glass eyes, metal antlers and leather tack. The figure sold at auction for a staggering £2200!

A Christmas pudding believed to be the oldest in the world has been discovered at the back of a cupboard and handed to museum staff. The pudding was one of 1,000 sent in 1900 by a Victorian philanthropist to the Naval Brigade, fighting on the frontline in the Boer War, But instead of being eaten it ended up in a food cupboard in Britain and was discovered by a woman after the death of her husband. The unnamed widow handed the pudding to the National Museum of the Royal Navy in Portsmouth where it will now go on display. The museum manager said it was quite remarkable that a tinned Christmas pudding has survived for over 100 years.