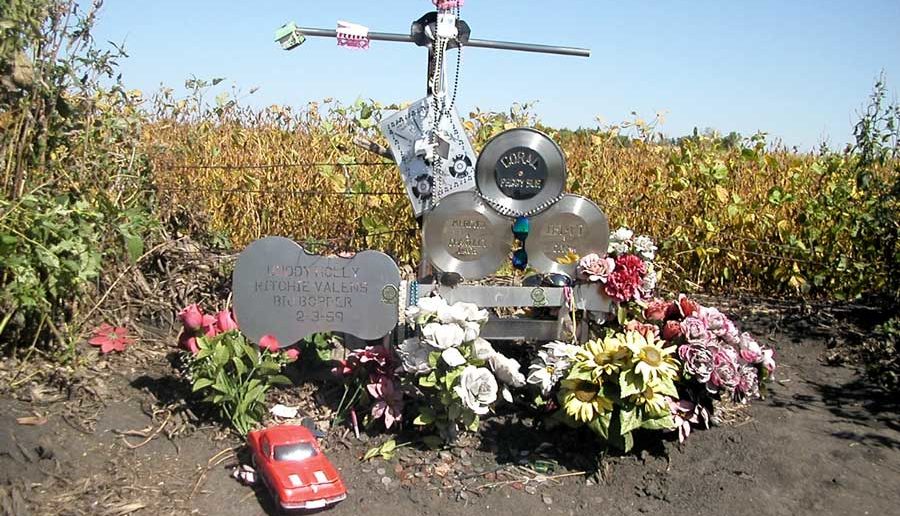 THE DAY THE MUSIC DIED

February 3rd 1959 is a date that will live forever in the annals of ‘rock and roll, it was the day that three legendary musicians perished in a plane crash in Iowa, U.S.A. The three were Buddy Holly, Ritchie Valens and J.P. Richardson known professionally as ‘The Big Bopper’. Today we still remember them, but one shines above all, Buddy Holly and even after the passing sixty years, his music lives on.

Charles Hardin Holley was born on September 7th 1936 in the small West Texas town of Lubbock, the ‘e’ in Holley was dropped later. His parents were fond of music and Buddy was encouraged to play an instrument at an early age. Apparently, at his school only two types of music were allowed, country and classical, Buddy chose country and at five he won his first talent contest.

At the age of twelve he could play the acoustic guitar and soon he was taking piano lessons, shortly after teaming up with school friend, Bob Montgomery to put on school concerts with Bob singing lead and writing the songs, and Buddy singing harmony and providing the country style backing.

Within five years Buddy and Bob got their own show on local radio and were soon invited to open one-night stands for visiting country music idols. On the circuit was another teenage musician by the name of Jerry Allison who would later play a major role in the life of Buddy.

In 1955, Buddy and Bob opened the show in Lubbock for Bill Haley and Elvis Presley on their West Texas tours. It was then that a talent scout picked Buddy out as the next ‘Presley’. Buddy’s music style was now Rockabilly- half country, half rock ‘n’ roll developed from country music and the blues.

On January 26th 1956 and without his friends Bob and Jerry who were not invited on the trip by American Decca, Buddy travelled eight hundred miles from Lubbock to Nashville to cut four records, ‘Love Me,’ ‘Blue Days, Black Nights,’ ‘Don’t Come Back Knocking.’ And ‘Midnight Shift.’ Unfortunately for him the recordings failed to do anything and Buddy blamed the line-up changes convinced that Jerry Allison’s drums were essential to his new sound.

On July 22nd Buddy returned to Nashville for another try and this time Jerry Allison was with him. They recorded ‘That’ll Be the Day’ and a few other tracks, but strangely only five were released and that wasn’t until 1957. Meanwhile, after one more failed session, without Jerry, Buddy’s contract was cancelled.

Buddy and Jerry returned home to work on some new arrangements in Buddy’s garage making dozens of tapes all without backing. Soon they heard of a studio in Clovis, New Mexico run by Norman Petty a pianist-arranger. They went to see him and were offered contracts.

Norman Petty re-made an unaltered ‘demo’ tape of ‘That’ll Be the Day by the Crickets in early 1957 and within four months it sold a million copies reaching number one in America and by late October hit number one in Britain. By this time, Petty was Buddy’s manager and seeing a chance for him to become a solo artist, encouraged him to experiment. Buddy joined Coral record label and the newly christened Crickets signed up for Brunswick. By March 1958, the Crickets, with Buddy leading combining his time with both record labels, had two hits in the British charts, and Buddy had his own name on two all in the top thirty.

In March 1958, Buddy Holly and The Crickets hit Britain, taking in London’s most famous theatre, the London Palladium and appeared on the legendary Sunday night show on television being the first ‘beat’ group ever to grace that stage. Sadly, no film footage appears to survive, only some audio sound.

Here in Yorkshire, the group also played at what was the Regal Theatre in Hull, that theatre has gone now, and on the 9th of March they played at the Gaumont theatre in Bradford.

On the 15th of August 1958 in Lubbock, Buddy married Maria Elena Santiago, a  Puerto Rican girl he had met in about 1957. They moved to New York and at the time he had sold some ten million records. Tragedy however was just six months away.

The new year of 1959 arrived and a ‘Winter Dance Party’ tour was planned after Buddy had reformed The Crickets, but without Jerry Allison. Buddy shared the bill with the Big Bopper, Richie Valens, and Dion and the Belmonts at the Surf Ballroom in Clear Lake in Iowa. After their appearance, instead of taking the bus, Buddy rented a plane in Mason City with pilot Roger Peterson, for himself, Ritchie, and The Bopper to fly to Fargo in North Dakota for the next venue. They never made it, the plane crashed near Mason City at about 1:00 am on February 3rd. There were no survivors. Buddy was only twenty-two years old.

Although Buddy Holly’s career was cut short having lasted only some two years, sixty years on he is still remembered as perhaps the greatest influence in rock ‘n ‘roll and may his music live on forever.