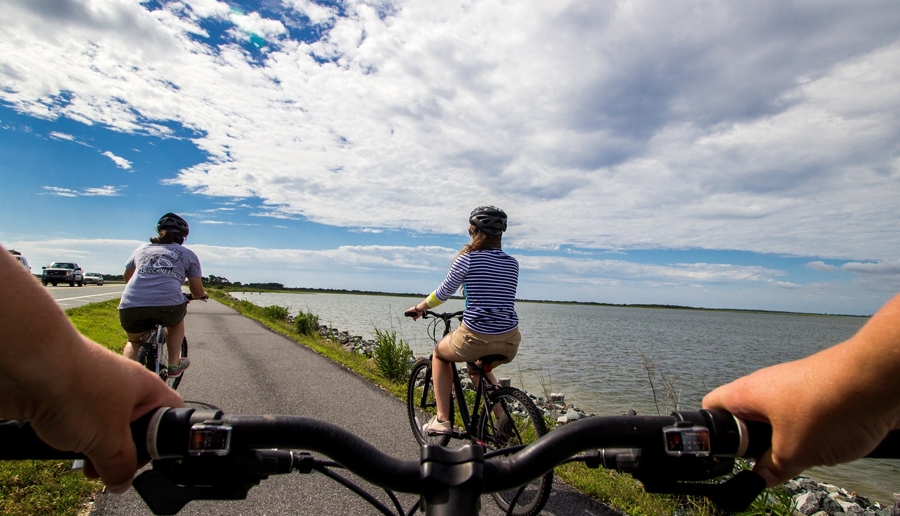 It is over 25 years since I started working in a bike shop. During that time I have sold well over 100,000 bikes and served many more people with accessories or repaired their bikes for them. Many of these customers have become regulars and friends who exchange stories and ideas with me.

I can’t remember everyone’s name but have become remarkably good at matching customer’s faces with the bikes that they ride. On Easter Monday a middle-aged gentleman came into the shop, I immediately recognised his bike but couldn’t quite place his face. Then I realised that he was much thinner than last time I saw him. I didn’t know what to say, he looked well but had he been ill? Fortunately I didn’t have to ask because he could hardly wait to tell me that he had signed up for a charity bike ride and had lost a massive 5 stone whilst training.

Less than ten minutes later a similar event occurred again. I had sold a Dawes Galaxy touring bike to a lady and she had named it Diana (after Diana Dors). Again I recognised the bike immediately but wasn’t sure about her face. She couldn’t wait to tell me about her weight loss since buying Diana, but equally impressive was her story about where she had been with Diana and the fact that they are planning to cycle from Land end to John O’Groats later this year.

I had always known of the health benefits of cycling, but decided to conduct some research to establish the facts. What I discovered was extremely impressive:

• Depending upon your weight and level of effort cycling will help you burn off between 150 and 1250 calories per hour. You will lose fat and burn calories by increasing heart rate.

• Cycling is low impact and takes the weight of the body, unlike running for example. So for many people who can’t do high impact sports because of the pressure it puts on their joints, it is a great alternative.

• Your heart and lungs will get a good workout, which is excellent for improving your cardiovascular fitness levels. As your heart and lungs get stronger your resting pulse will decrease as will your blood fat levels and blood pressure. All these combined can reduce the risk of heart disease.

Most of us can already ride a bike and, as the saying goes, once learnt you never forget. However, if you want some help there are plenty of courses available. There has been a recent course at Fearnville Sports Centre and understand that this may be repeated later this year. It filled up quickly so enquire early.

If you haven’t already got a bike we have a huge range to choose from. Adult bikes currently start at only £149.99. One of our favourites is the Claud Butler Urban 100, which we currently have on offer at £249.99.

If you are already cycling then we have a massive clothing sale on in store at the moment. Every item of clothing is on offer with savings of up to 70% hurry down whilst stocks last. We are open 7 days per week and also on line at www.leedsbicycle.com. We hope to see you soon.

*Cycling can only help weight loss as part of a calorie controlled diet. Always consult your doctor before commencing any new activity or weight loss programme.