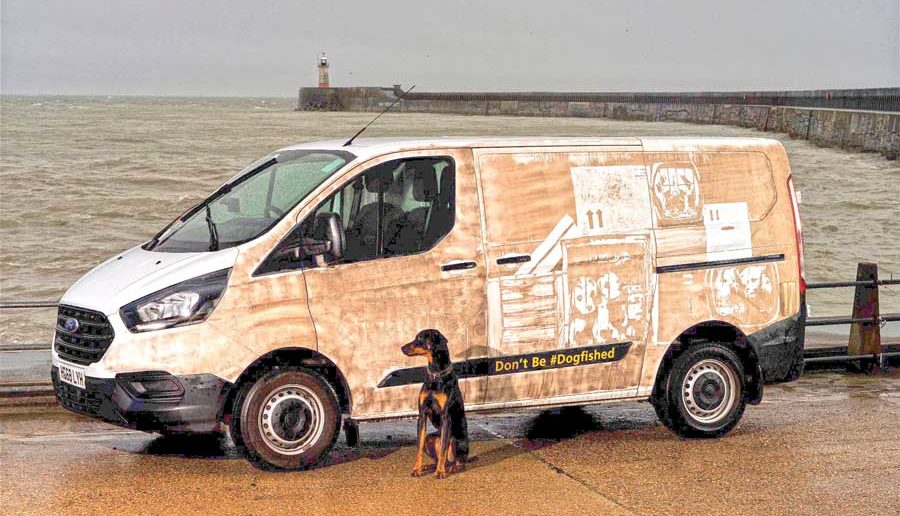 Shocking new statistics released by Dogs Trust reveals how unsuspecting dog lovers in Yorkshire & Humber may have been conned or ‘dogfished’ into buying puppies illegally imported into the UK, leaving them heartbroken and almost £500 on average out-of-pocket.

The UK’s leading dog charity polled over 2,000 puppy owners to see how many buyers might have fallen victim to illegal puppy smuggling, where puppies are brought into the UK from central and eastern European countries to sell on for vast profits. Many described how sellers falsified paperwork, offered discounts for a quick sale or lied about the age and breed of the dog.

To help prevent prospective owners from being misled into buying dogs that may not be what they seem, Dogs Trust has launched a new campaign: ‘Don’t Be Dogfished’.

ALL IS NOT WHAT IT SEEMS

A worrying number of buyers who were not allowed to see the puppy at the seller’s home (19%) also revealed they were asked to collect their puppy in a carpark or layby – something that no breeder with care for the welfare of the puppies would do.

More than one in 10 (11%) puppy buyers in Yorkshire & Humber said their seller lied to them about the dog they were buying rising to over a fifth (21%) among those who bought via online adverts, lying about things such as the age, breed and whether they had been vaccinated and microchipped. 28% said they had concerns, related to health or behaviour, about their puppy within just a few weeks of buying them.

Worse still some reported terrible conditions where their puppies were “locked in a small cage away from mum”, were so sick they “very nearly died”, or were “scared of their own shadow and very wary of humans”. 12% of puppy buyers polled in Yorkshire & Humber said within their first year their puppy had developed significant health or behaviour problems, such as diarrhoea and anxiety, causing terrible suffering for their beloved pet whilst costing them on average almost £500 in additional vet bills. Some of those people even said their puppy had either died or had to be put to sleep, due to the severity of their condition.

Over 201,300 dogs were advertised online in 2019 on four of the UK’s biggest classified websites.

“We’re launching a campaign warning people ‘Don’t be dogfished’ – to help stop people being duped into buying puppies that have been illegally imported into the country by devious dealers.

“People think they are getting a healthy, happy puppy but behind the curtain lurks the dark depths of the puppy smuggling trade. Many of these poor puppies suffer significant health conditions or lifelong behavioural challenges, and sadly some don’t survive, leaving their buyers helpless and heartbroken – as well as out of pocket.

“This is why we are touring the country in a van like those used by puppy smugglers to educate the public on the shocking realities of the puppy smuggling trade and advising them how they can take action to avoid being ‘dogfished’. If it seems too good to be true, as hard as it is, walk away and report it.”

More than half of those polled in the Yorkshire & Humber (58%) said they felt puppy smuggling was a big issue in the UK, yet 28% said they would not know they need to speak to their local Trading Standards if they suspected their puppy was smuggled, with contact details able to be found on the ‘Don’t Be Dogfished’ website.

The Don’t Be Dogfished campaign is asking potential new owners to take the following steps to avoid being misled when buying a puppy:

Always see puppy and mum together at their home and make sure to visit more than once.

Ask lots of questions and make sure you see all vital paperwork, such as a puppy contract – which gives lots of information about their parents, breed, health, diet, the puppy’s experiences and more.

If you have any doubts or feel pressured to buy, as hard as it may be, walk away and report the seller.

The findings reveal the importance of puppy buyers insisting on these essential checks, as they are often avoided by shifty sellers who put owners under pressure to part with their cash or ‘rescue’ the puppies from poor conditions.

Dogs Trust experts will tour the country in a ‘fake’ puppy van. The van has been specially adapted by dirt artist Ruddy Muddy to highlight how easy it can be to be duped by a seller and the dreadful conditions many dogs are forced to travel in.

For more information about the Don’t Be Dogfished campaign and advice about how to avoid being misled when buying a
puppy advertised online, search ‘Dogfished’ or visit
www.dogstrust.org.uk/dogfished