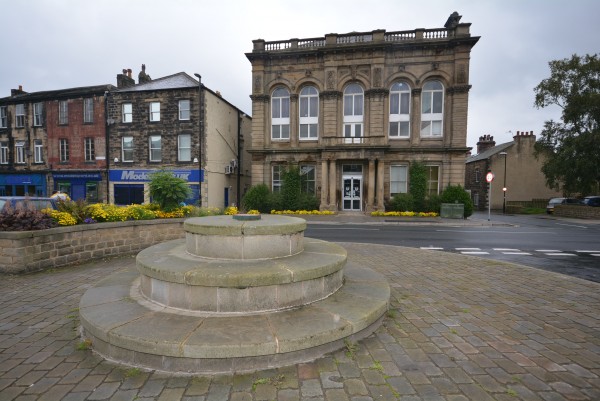 Council Must Replace Tallest Maypole In The UK Without Further Delay

Greg Mulholland MP, Member of Parliament for Leeds North West, has called on Leeds City Council to replace the tallest Maypole in the UK without further delay.

Otley’s iconic Maypole was taken down just days before the Tour de France due to safety concerns.

[private] Keith Rawling, the forester responsible for finding a suitable maypole in 1962, has given local MP, Greg Mulholland, a fascinating insight into the history of the pole.

Keith explained that he and Eric Walton were designated by Otley Urban District Council to find a new replacement pole to be erected at the historic landmark, Manchester Square. Unfortunately there was nothing big enough growing locally, so they sought out a supplier, Gabriel, Wade and English, based in Hull.

Keith said:  “We looked at the stock on site and chose a pine tree from Norway over eighty feet in length. This then had the bark removed and an industrial lathe smoothed the surface of the pole.   It was them chemically treated to prevent the timber from rotting. The pole was then cut into two sections as it was too long to be transported in a single length.”

On its return to Otley, Eric Wood, the Otley Blacksmith, made the metal work to fasten the two section of the pole together, plus the top rim. Setting it in place on Manchester Square was a big job – it needed a large mobile crane to lift the pole and a hole excavated to 10 feet deep.

Once secured, it was painted green and stood on the site for over 50 years before being cut down by Leeds City Council without any notice early this year.

“People in Otley were dismayed at the sudden felling of the Maypole without the city councillors, me as the MP, or local businesses being informed – and so unable to tell people what had happened.

“Keith has given a fascinating insight into the history of the iconic Otley Maypole, including the work him and others put to finding the right wood, preparing it and erecting the pole on Manchester Square back in 1962.

“It is crucial that without further delay the council seeks to preserve the history of the tallest maypole in the UK and get a replacement pole, with the weathervane and plaque, for the whole town to enjoy.”[/private]