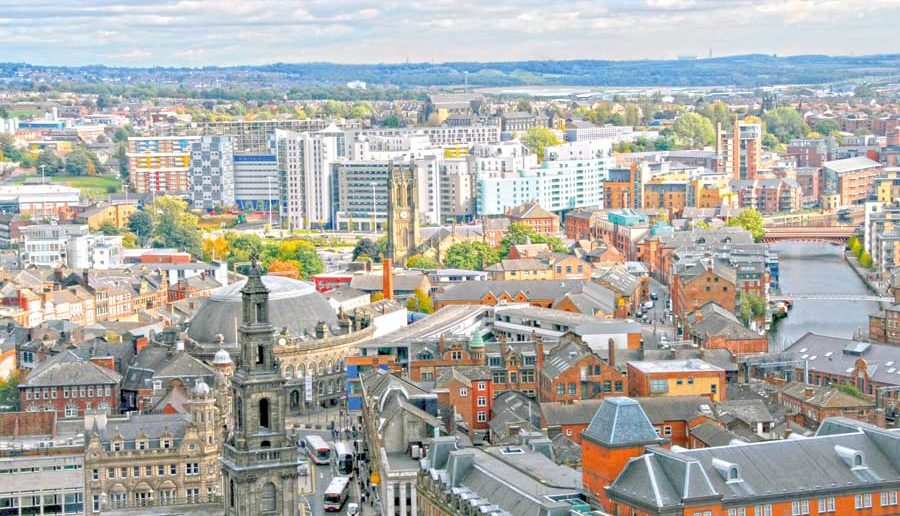 Council Approves Plan To More Than Halve Carbon Emissions By 2025

The new proposals mean that Leeds City Council will reduce its greenhouse gas emissions from 70,000 to 31,000 tonnes by 2025, in line with science-based carbon reduction targets.

The council hopes its bold plans will inspire individuals, businesses and central government to follow its lead by reducing their own carbon footprint.

According to findings from a four-month public consultation more than 97% of nearly 8,000 respondents believe that combating climate change and protecting biodiversity should be a priority for Leeds.

The Big Leeds Climate Conversation consultation—held in partnership with the independent Leeds Climate Commission—combined focus groups, questionnaires, face-to-face event engagement and a groundbreaking Citizens’ Jury to gather a diverse range of views on how the city should respond to climate change.

Most residents agreed that both businesses and public sector organisations have a responsibility to reduce their own carbon footprints and to make it easier for individuals to make environmentally friendly choices.

In a detailed report discussed by the council’s Climate Emergency Advisory Committee, the council has revealed its plan for reducing its carbon emissions by 55%.

By purchasing electricity from renewable sources the local authority will reduce its carbon footprint by more than 30,000 tonnes. The commitment will also support jobs in the UK’s growing low-carbon sector which employs more than 430,000 people nationwide.

Additionally, the council will work in partnership with the West Yorkshire Combined Authority and Vital Energi to double the number of properties receiving affordable, sustainable heat from the city’s district heating network over the next 12 months. Powered by waste from the city’s recycling and energy recovery facility (RERF), the Leeds PIPES district heating network will provide 8 major civic buildings and commercial properties plus 1,983 homes with low carbon heating and hot water by the end of 2020. Once fully built out the scheme is estimated to reduce the city’s carbon emissions by around 11,000 tonnes per year.

By more than doubling the council’s fleet of 95 electric vehicles—already the largest of any U.K. local authority—the council will further reduce its carbon footprint by another 1,000 tonnes. The switch to more zero-emission vehicles will also help tackle air pollution, protecting the health of everyone in Leeds.

To help reduce food-related emissions and improve the health of pupils, the council’s school meals service Catering Leeds has introduced a delicious and healthy climate-friendly menu at 182 primary schools across the city. The menu exceeds the National School Food Standards and has been well received by school children. Almost nine out of ten respondents supported the proposal when asked as part of the Big Leeds Climate Conversation.

“Having held the Big Leeds Climate Conversation we know that there is widespread support from residents for tackling climate change and protecting biodiversity. We are taking immediate and transformative action to make Leeds a fairer, healthier and carbon-neutral city.

“These plans will cut our carbon emissions by more than half, meeting our science-based carbon reduction targets. But the same plans will also have many other benefits that are just as important: creating and sustaining green jobs and improving the health of everyone in the city.