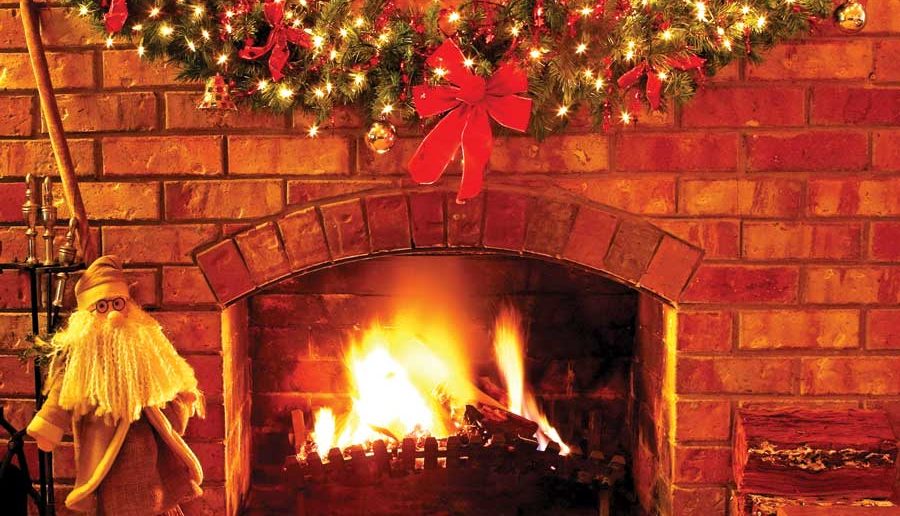 Christmas is upon us again – where has the year gone? Christmas brings with it many traditions, and families have their own way of doing things, from turkeys and puddings, to gifts and crackers. Often, we don’t know what the meaning is behind these symbols of celebration, but we do it because that is what we have always done – for generations. So, what is the story behind the Yule Log – one of the most widespread Christmas traditions of Europe?

It is not entirely clear where the tradition of burning a Yule Log came from. Some sources claim that it is an ‘enfeebled version of the ancient Celtic sacrifices’, while others believe it to have origins in Germanic paganism, however, the first recorded appearance of the Yule Log dates to 1184. Yule of course was the pagan celebration of the winter solstice, so was the burning of logs another Christian adoption of something much older, or completely unrelated? Bede blames the origin of the Yule Log on the Saxons, writing, “They began their year on the Eight of the Calenders of January, which is now our Christmas Party, and the very night before, which is now holy to us, was by them called Maedrenack, or the Night of the Mothers….It seems to have been used, as an emblem of the return of the sun, and the lengthening of the days.”

In Christianity, the burning of the Yule Log came to symbolise the battle between good and evil – as the fire grew hotter and the log turned to ash, this represented Christ’s final triumph over sin.

Originally, the Yule Log wasn’t even a log – but a full tree! Chosen carefully, it was brought into the house with great ceremony and the largest end placed into the fire with the rest stuck out into the room. It would be burnt for the 12 days of Christmas, and should any remain after this time, it would be carefully stored in the house and used to light the new log the following year. This saved portion of the Yule Log was said to hold remarkable powers. It could ward off anything from toothache and chilblains to lightening, hail and even housefires.

The tradition does vary slightly depending upon where you live. In Provence, France the whole family must help to cut the log down, and in the Netherlands, the remaining part must be stored under a bed. In some eastern European countries, the log is cut down on Christmas Eve morning and lit that evening. Different wood is used in different countries too. In England it is oak, Scotland use birch, and in France, cherry.

There are some specific Yule Log traditions in Yorkshire too. In 1914, Mrs Day from Swaledale said “The Yule log is generally given and is at once put on the hearth. It is unlucky to have to light it again once it has been started and it ought not to go out until it has burned away. To sit around the Yule log and tell ghost stories is a great thing to do on this night, also card playing. Two large coloured candles are lit from the yule log by the youngest person present just before supper on Christmas Eve, and all are silent and make a wish. Once the candles are on the table, silence may be broken, they must be allowed to burn themselves out, and no other lights may be lit that night.”

In 1923, H. J. Rose tells of the belief in Killinghall “In the last generation the Yule log was still burned, and a piece of it saved to light the next year’s log. On Christmas morning something green, a leaf or the like, was brought into the house before anything was taken out.”

Now, if you are of a certain age, you may remember a Yule log burning in the fire in your childhood home. However, with the arrival of gas fires, open fires soon became a thing of the past and this tradition ‘burned out’. As an 80’s child, the Yule log I remember is something entirely different – a delicious chocolatey treat! Chocolate swiss rolls cut in a certain way to resemble the shape of a log, covered in chocolate butter cream and then forked to produce the pattern of the ‘bark’. This was all finished off with a sprinkle of icing sugar for snow, a sprig of holly and perhaps even a friendly plastic robin perched upon the top! Delicious, and far more appealing to a child than the fruity, alcohol-soaked Christmas pudding! Regardless of how your family do things, be it burning or eating a Yule log, or neither – have a very Merry Christmas!