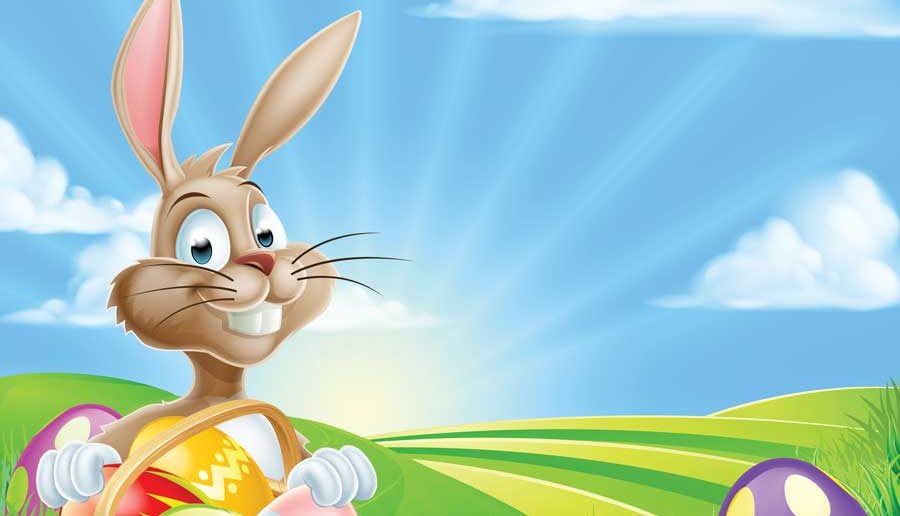 Easter Sunday falls on the 12th April this year and many of us will be enjoying the traditional chocolate eggs, hot cross buns and simnel cake. Here we take a look at the history behind them.

Easter Eggs are probably the most familiar of all Easter traditions and particularly popular with children! Did you know that Easter eggs weren’t always made of chocolate though? This tradition goes back centuries, as eggs are the perfect symbol of spring, fertility and new life. Before chocolate eggs became popular, people used to exchange hard boiled chicken eggs that had been dyed in various colours and patterns to represent the bright colours of spring and light. An old traditional game involved rolling hard boiled eggs down a hill, and whoever’s egg went the furthest or stayed uncracked the longest won. Some villages in England still carry out this custom today, but you are more likely to see children on a hunt for eggs of the chocolate variety that have been hidden by the Easter Bunny.

The rabbit has always been a symbol of fertility, and the hare was allegedly a companion to the goddess Eostre and the ancient moon goddess. The tradition of the Easter Bunny though appears to originate in Germany where he is mentioned in 16th century writings. The first edible Easter bunnies, made of pastry and sugar also appeared first in Germany in the early 1800’s. Hare hunting used to be a common pastime at Easter but thankfully this is no longer the case. Hot cross buns were first baked in England to be served on Good Friday to mark the end of Lent. Historically, only plain buns were eaten during Lent, so the fruit and spices added were a real treat after the period of restriction and fasting. The sale of spiced breads was forbidden during the reign of Elizabeth I except at burials, Christmas or Good Friday. The first definite record of hot cross buns comes from Poor Robin’s Almanac in 1733 which listed a London street cry saying ‘Good Friday comes this month, the old woman runs. With one or two a penny hot cross buns.’ There are many superstitions surrounding hot cross buns such as it is said if they are taken on a sea voyage they will protect against shipwreck! These days, hot cross buns are enjoyed toasted and buttered and come in a variety of flavours. This light fruit cake has been eaten since medieval times as a way of breaking the Lenten fast. The cakes became a tradition for Mothering Sunday when young girls working in domestic service would bake one to take home to their mum on their day off. Different towns have their own recipes but it typically contains dried fruits, zest and candied peel, and is topped with marzipan with 11 marzipan balls – one to represent each of Jesus’ disciples minus Judas.