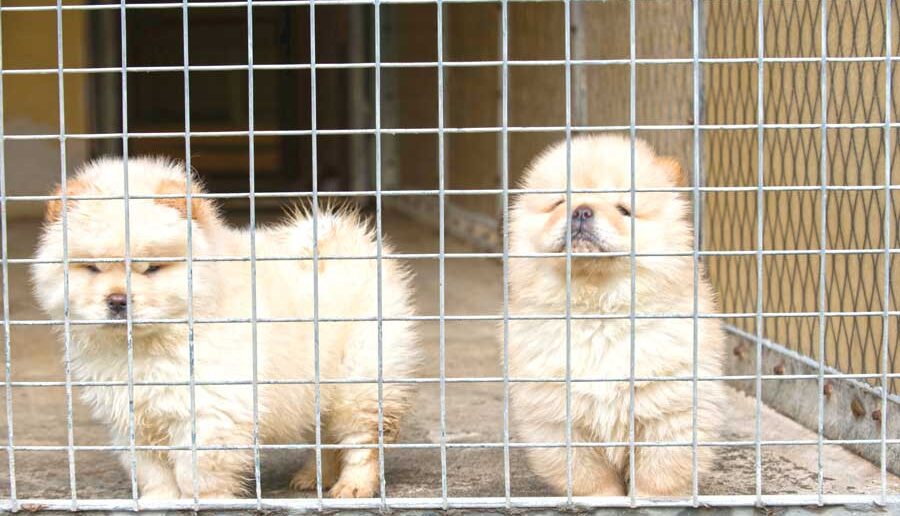 More than a third of puppy owners (34%) didn’t do any research before buying their dog, according to data from Dogs Trust’s ground-breaking new Choosing My Dog study.

The findings suggest owners could be leaving themselves vulnerable to being scammed – or worse – inadvertently buying puppies smuggled from abroad in atrocious conditions.

Dogs Trust is warning the public how to avoid being ripped off by deceitful dealers or ‘Dogfished’, at a time when demand for dogs in the UK has never been higher and more puppies continue to be illegally imported to the country to meet that demand.

There has never been a more urgent need to end puppy smuggling. Dogs Trust says immediate action is needed from Government to stop this abhorrent trade as current legislation is not fit for purpose – every day of Government delay is causing more preventable suffering for these innocent puppies.

The charity’s Choosing My Dog study surveyed 2,908 people who bought their puppy in the past seven years, to investigate the thought processes and approaches dog owners go through when choosing their pooch.

The survey found that, of those who had bought a puppy in the past seven years:

●
More than a third (34%) of people bought their puppy without doing any research. Dogs Trust advises to think twice and always ask lots of questions before buying a puppy.

●
Worryingly a quarter of people (25%) said they only saw their puppy on the day they took them home, not beforehand – rising to 34% among those who found their puppy through a pet selling or classified advertising website.

●
Charities like Dogs Trust recommend visiting a dog in their home more than once or, if that isn’t possible due to lockdown restrictions, via video chat more than once before making such an important decision.

●
Over a fifth of people (21%) didn’t think it was important to be able to see the puppy with one of its parents – rising to 34% among those who found their puppy through a pet selling or classified advertising website.

Dogs Trust always recommend seeing a puppy interacting with their mum to make sure you know they haven’t been taken from their mum too young.

These pups were destined to be advertised online as UK-bred dogs for extortionate prices, sold to unsuspecting buyers. If sold, they could have fetched an estimated £266,000 for their puppy smugglers.

Dogs Trust – which has been campaigning to raise awareness of puppy smuggling since 2014 – also saved 14 heavily pregnant mums during lockdown, who have given birth to 56 puppies worth around an additional £115,000 to cruel smugglers.

“Sadly, we continue to see more and more heart-breaking examples of puppies being illegally imported into the country. Puppy smugglers are making vast profits by exploiting innocent puppies, breeding and transporting them in appalling conditions to sell onto unsuspecting dog lovers.

“Unfortunately, it is all too easy to be hoodwinked by these deceitful traders. That is why it is so important to do your research before buying a dog so you can do everything you can to buy your puppy responsibly.

“There has never been a more urgent need to end the appalling puppy smuggling trade. Enough is enough, Government must take immediate action as too many puppies are suffering at the hands of cruel traders and too many dog lovers are being left to pick up the pieces. Every day of delay leads to preventable suffering for these poor puppies.”

What Dogs Trust Is Calling For

For over six years we have been calling on Government to help put an end to puppy smuggling after exposing this abhorrent trade. Current legislation is not fit for purpose. We need urgent action to cut these markets off at the source and close the loopholes which put innocent puppies at risk.

With the end of the Brexit transition period on the horizon, the time is now for Government to act. They must:

●
Raise the minimum age for puppies to be imported into the UK to six months to help make them less desirable.

Only a handful of cases have ever been prosecuted and you can get a longer sentence for smuggling cigarettes than you can for smuggling puppies.

What To Do To Avoid Being Dogfished

Sadly, it is all too easy to be scammed into buying a dog which may not be what it seems. We call this Dogfishing. Remember:

●
Always see puppy and mum together at their home and make sure to visit more than once, even if it is via video call due to coronavirus restrictions.

●
Never pay a deposit up front without seeing the puppy in person.

●
Ask lots of questions and make sure you see all vital paperwork, such as a puppy contract – which gives lots of information about their parents, breed, health, diet, the puppy’s experiences and more.

●
If you have any doubts or feel pressured to buy, as hard as it may be, walk away and report the seller.

For more information and advice about how to avoid being misled when buying a puppy advertised online, search ‘Dogfished’ or visit www.dogstrust.org.uk/dogfished

Together, with the support of the public, Dogs Trust can ‘Change the Tale’ for smuggled pups by being there to help when they need it most. For more information on how you can help visit;