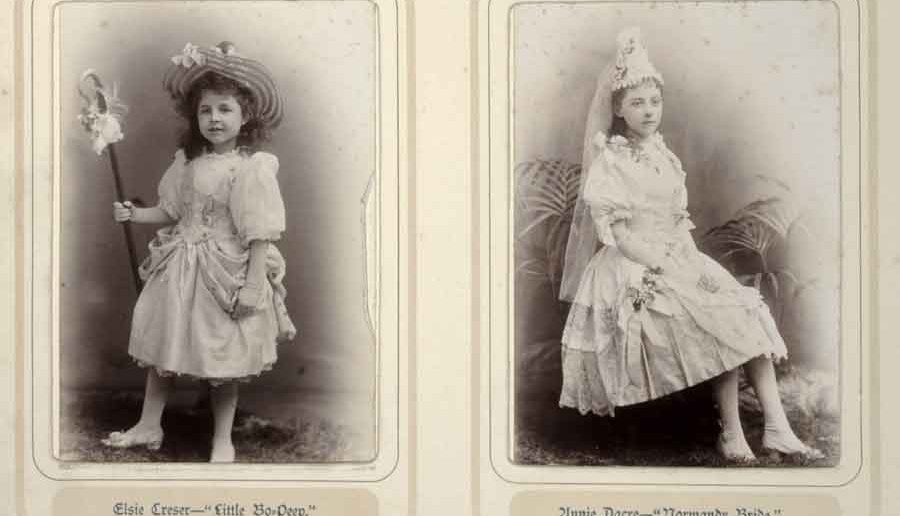 Historic fancy dress photos with a flamboyant fairy tale theme will be revealed during an exciting new exhibition in Leeds this month.
And experts are asking for help to tell the stories behind some of the incredible costumed characters who posed for the pictures more than 125 years ago.
The amazing album of images were captured on January 12, 1891, during an extravagant fancy dress ball hosted by the then Mayor and Mayoress of Leeds Mr and Mrs Alf Cooke, in celebration of their silver wedding anniversary.
More than 190 children were invited to the ball, all dressed in a range of impressive storybook outfits which included Red Riding Hood, Dick Whittington, the Arabian Nights, Cinderella and the Snow Queen.
More unusual costumes also included a matador, three particularly unfortunate boys who were dressed as Little Lord Fauntleroy and the inspirational Constance J. Farrar, who came dressed as a Girl Graduate- still an unconventional aspiration for girls at that time.
Some of the Mayor and Mayoress’s ten children also feature in the album, most notably Alf Cooke junior, who copied his dad and dressed as The Miniature Mayor.
Because so many of the costumes are inspired by fairy tales, the album is set to feature in Abbey House Museum’s new Fairy Tales and Fantasy exhibition from January 21, 2017, which will look at the history and reality behind some of the most popular stories of all time.
Kitty Ross, Leeds Museums and Galleries’ curator of social history said: “Fairy tales have captured the imaginations of children across the world for centuries and have played such an important role in inspiring and influencing young people and adults from so many different cultures and generations.
“This incredible album of photos is a source of delight and entertainment, but also must contain a wealth of untold stories about Leeds and the people who have lived here over the years.
“There is scope for a lot of future research to try and track the lives of these children who were photographed enjoying themselves back in 1891 and it would be fantastic to hear from anyone who might have more information of these youngsters and their families.”
Alf Cooke was a successful printer who built a state of the art print works at Crown Point in Hunslet. Other children invited to the party had surnames that reflected the leading business and professional families at the time.
Councillor Brian Selby, Leeds City Council’s lead member for museums and galleries, said: “These pictures are a really special window into what life was like for children in Leeds all those years ago and it’s incredible to imagine what this unique fancy dress ball must have been like for those who attended.
“Generations of children in Leeds have enjoyed fairy tales through the ages and it will be fascinating to explore more of the history behind them at this new exhibition next year.”
To view the whole album online, visit;
www.flic.kr/s/aHskNd8Cyo
For more details about Fairy Tales and Fantasy, please visit;
www.leeds.gov.uk/museumsandgalleries/Pages/Fairy-Tales
Anyone with more information about the photos can email: discovery.centre@leeds.gov.uk