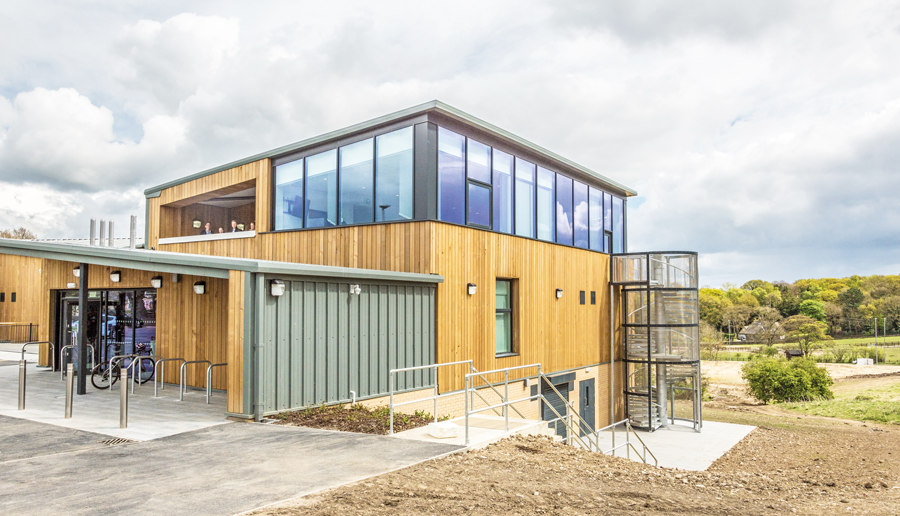 A new £5m University of Leeds sports facility has opened, named after its most successful sporting alumni.

The Brownlee Centre, chosen in honour of Olympic heroes Alistair and Jonny, sits alongside a new 1 mile (1.6km) cycle circuit – one of the longest in the country – at the University’s Bodington Playing Fields in north Leeds.

The brothers officially launched the centre and cycle circuit. The facility is, open to sports enthusiasts of all ages and abilities and includes changing rooms and a café.

The circuit has a full programme of activity including “pay and pedal”, HSBC UK Breeze Rides for women and girls and special training sessions for elite athletes, University and local clubs. Bikes for children and adults are available to hire, along with hand cycles, trikes and tandems for use by riders with disabilities.

Partnership funding from Sport England, UK Sport, British Cycling and British Triathlon is contributing £1million to the project, with the remaining funding provided by the University of Leeds. It will also be a new National Elite Training Centre for Triathlon, home to Leeds Triathlon Centre. The UK’s first purpose-built triathlon training base, it will combine a strength and conditioning training suite, physiotherapy, medical and other support services, to provide world-class facilities to enhance triathlon training in the region.

The site will also continue to be used for grass sports including football and rugby. The next phase of development will see three additional grass pitches, with work scheduled for completion in autumn 2017.

Architects Farrell & Clark are responsible for the design of the new facilities and worked alongside the main contractor Geo. Houlton & Sons Ltd.

The University has invested more than £25m in new sports facilities over the past 10 years and the latest improvements complement nearby Sports Park Weetwood, the University’s flagship 100-acre facility used by students and members of the community for hockey, football, rugby, cricket, lacrosse, American football and more.

For full details of how to use the new facilities, visit;