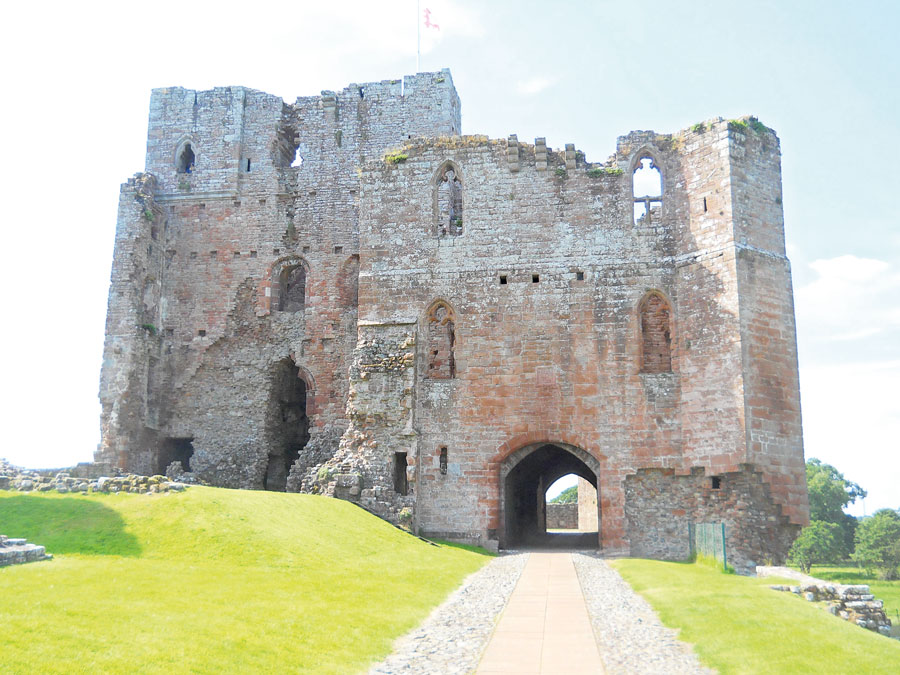 As many of our regular readers will have realised by now, I love castles! I have written about many of Yorkshire’s finest medieval fortresses over the last couple of years but wherever I travel, it inevitably involves a visit to a castle. I had the good fortune last month to enjoy a short break in South West Scotland and what better way to break up the drive than a stop in Cumbria? This month I thought I would tell you about Brougham Castle (pronounced ‘broom’) in the region. Just off the A66 it is easily accessible for those of you venturing outside of Yorkshire!
Construction of Brougham Castle started in the early 13th century by Robert de Vieuxpont, one of King John’s most important men in the north. The castle originally consisted of a stone keep and buildings surrounded by a timber palisade and was built on an old Roman fort. It is easy to see why, as it is protected on both its north and west sides by rivers and controlled nearby roads, making it a good site to defend lands against the Scots. The timber palisade was replaced by a stone curtain wall in 1300.
By this time, the castle was in the hands of the Clifford family. Roger Clifford had become Lord of Brougham when he married into the de Vieuxpont family in 1268 and his son Robert who succeeded him was an important character in the Scottish wars. Robert added to the castle to strengthen its defences against the Scots, including building the gatehouse, top storey of the keep and the Tower of League as well as the new stone curtain wall.
However, Brougham Castle was eventually captured and sacked by a Scottish raid in 1388.
There is uncertainty as to when it came back into use, possibly not until 1421 when it was recorded that a man was accused of forging coins there! The strategic position of the castle meant that it was important in the Wars of the Roses too. It was granted to the Nevilles by Edward IV after John Clifford was killed fighting for King Henry VI in 1461. John’s son Henry Clifford did eventually get Brougham back from Henry VII and the family prospered during the Tudor years.
The castle experienced mixed fortunes throughout the 16th and 17th centuries but the famous Lady Anne Clifford loved Brougham and restored much of it. She died there in 1676.

Today, the castle makes for a great visit. The river Eamont babbling alongside helps to create a glorious setting to the place and what I really liked was the fact that you can still climb up to the upper floor of the keep to visit the oratory – the private chapel of Robert Clifford and his family. These upper walkways are well worth the climb too for the views. If you are travelling along the A66 I highly recommend taking a break to visit this stunning ruins.