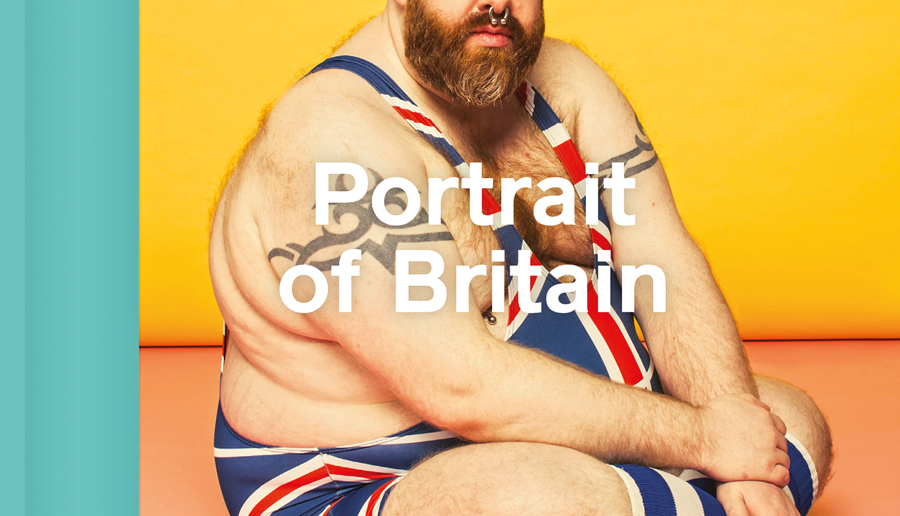 Portrait of Britain is the largest exhibition of contemporary portrait photography ever held, as much a celebration of photography as it is a celebration of the diversity of our country’s people. Now in its third year, British Journal of Photography nationwide exhibition can be viewed across JCDecaux’s national channel of digital screens throughout this month.

The public will encounter the winning photographs as they go about their daily lives; in rail stations, shopping malls, high streets, and at Heathrow Airport, including Leeds Central Railway Station and Trinity Leeds.

Following an open call by British Journal of Photography earlier this year, over 13,000 portraits were submitted, and judges had the task of selecting the 200 shortlisted images from that number, and then choosing the final 100 winning portraits. All 200 images will be printed in the first ever Portrait of Britain Book, published by Hoxton Mini Press, also released this month.

This year once again the range of images reflects the unique diversity of modern Britain, with portraits ranging from Alexander Fleming’s photography of Roy taking his African Grey Parrot to the beach in Devon for rehabilitation, to Euan Myles’ portrait of Daniel, a Nigerian Marine Biologist now working in Sutherland in the far north of Scotland. Public figures including Will Young and Zandra Rhodes feature in this year’s selection, but the majority of the photographs are of everyday people, such as Nick Simpson’s image of The General, who he encountered walking down Holloway Road early one Saturday morning.

Photographer Tom Oldham is used to shooting famous faces for his portrait work, but he turned the camera on his own son for his Portrait of Britain entry. “It’s a much simpler image, closer to home and just a clean shot in beautiful light, taken at dusk at Studland in Dorset. Everything I love in one frame,” he says.

Dallas Wiles, Chief Commercial Officer at JCDecaux comments, “We are delighted to be part of Portrait of Britain for its third year, turning our powerful digital channel into a national gallery of portraits. Digital Out of Home’s reach and scale provide the perfect platform to showcase this inspiring and unique exhibition which celebrates multiculturalism and diversity throughout the country, and can be enjoyed by people as they shop, travel, and socialise in cities nationwide.” ■ Megan Jepson – Photographer lives in Scarborough where the images was taken

Simon Bainbridge, Editorial Director of British Journal of Photography says, “Portrait of Britain is public art on a huge scale – a countrywide exhibition that puts the nation’s citizens centre stage in bustling public spaces, and this years submissions made it all the more hard to choose the 100 winning photographers. In our third year, the portraits will take over Great Britain throughout September, confronting the public with a reflection of themselves as they go about their daily business. Taken from all walks of life, these subjects share the same space, looking back at the public from the screen.  The effect is a lingering glance, and witnessed by millions of passersby.”