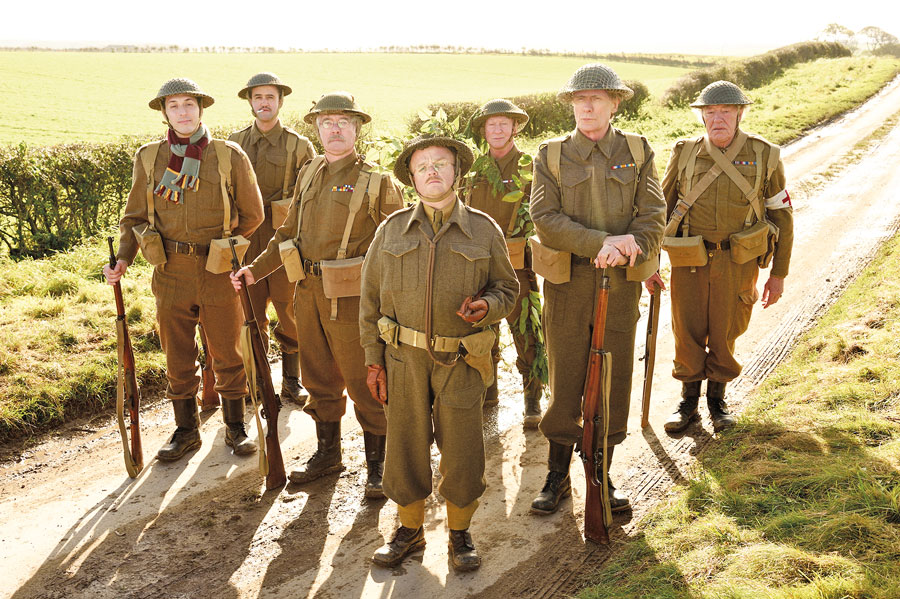 Bridlington is expected to be THE place to be this year, as the community gets set for a surge in visitors following the release of Dad’s Army, in cinemas now.
The town has plans for a Dad’s Army Film Trail and bus tour to celebrate while Bridlington’s annual summer festival is expected to attract double its number of visitors this year.
Dad’s Army filmed on location in the region following investment from Screen Yorkshire through its Yorkshire Content Fund. The feature film brings together a stellar, award – winning British cast including Bill Nighy, Catherine Zeta Jones, Toby Jones,Tom Courtenay, Michael Gambon, Blake Harrison, Daniel Mays and Bill Paterson.
Screen Yorkshire and East Riding of Yorkshire Council hosted the regional premiere at The Spa in Bridlington, where much of the production was filmed, two days ahead of its general release nationwide. BAFTA nominated director Oliver Parker, producer Damian Jones and Felicity Montagu, who plays Mrs Mainwaring, were all in attendance.
Sir Gary Verity, Chief Executive of Welcome to Yorkshire, said: “Bridlington will be the place to be in 2016. The filming of Dad’s Army in the town and surrounding areas is a money-can’t-buy opportunity to show the world what a stunning county Yorkshire is. We are certain that the impact on tourism and the economy will be tremendous and that the film will leave a lasting legacy for years to come.”
International screen tourists brought between £100 million-£140 million to the economy in 2014, with the most popular locations attracting up to £1.6million a year from international tourists, according to a survey by Creative England in association with VisitEngland and Olsberg SPI. Hugo Heppell, Head of Investments at Screen Yorkshire said: “Screen Yorkshire is thrilled to have been instrumental in bringing Dad’s Army to Yorkshire – and for what Yorkshire could bring to Dad’s Army. We are very proud that a beloved institution has been so reverently brought to the screen and congratulate Damian, Olly and Hamish as well as the extraordinary cast.”
In Dad’s Army, Bridlington’s Old Town was transformed into the fictional Walmington-on-Sea while South Landing at Flamborough Head formed the backdrop for Walmington Beach.

Other locations used include Danes Dyke, Bempton, Sewerby Hall and East Riding Theatre in Beverley were all used as film locations alongside Scarborough, Leeds, North Yorkshire Moors Railway and Helmsley.
Councillor Stephen Parnaby OBE, leader of East Riding of Yorkshire Council, said: “We all know what a beautiful place Bridlington is and movie-goers around the world will soon be seeing it in all its glory.
“East Riding of Yorkshire Council provided lots of support to the Dad’s Army production and crew and, as a film-friendly council, we hope this will lead to many more projects in the future to showcase our wonderful county.
“We are delighted that the production chose the East Riding for the filming locations and we hope this will lead to a big tourism boom for Bridlington and the rest of the East Riding."
Bridlington's Old Town Summer Festival will this year have a 1940s twist with performers, re-enactment groups, vintage and military vehicles all set to celebrate the Dad’s Army film on Sunday June 12. Organisers expect double the number of visitors this year thanks to the film.
Dad's Army is in cinemas now. Directed by BAFTA award-winning director Oliver Parker and written by Hamish McColl, the film brings together a stellar, award- winning British cast including Bill Nighy, Catherine Zeta Jones, Toby Jones,Tom Courtenay, Michael Gambon, Blake Harrison, Daniel Mays and Bill Paterson. Dad’s Army filmed on location in the region following investment from Screen Yorkshire through its Yorkshire Content Fund.