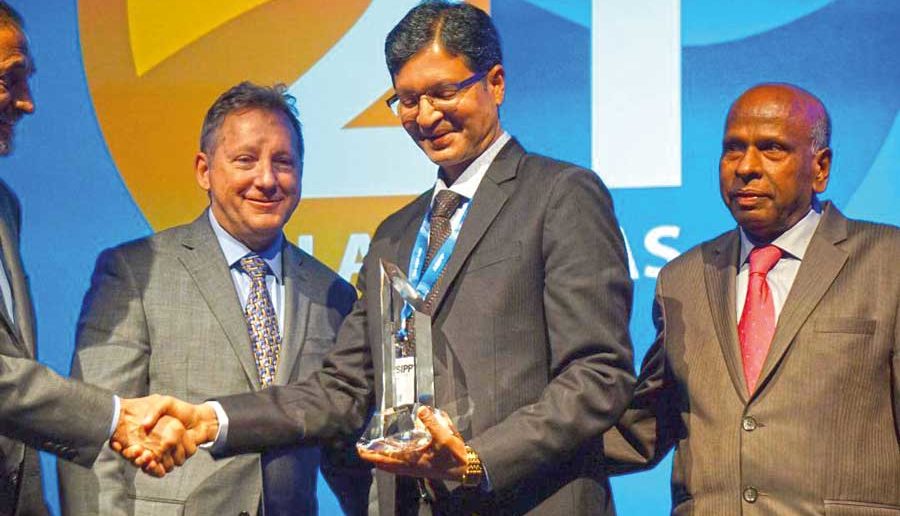 A doctor from Bradford Teaching Hospitals has received a prestigious international award for his work with patients who suffer from chronic pain.

Consultant Anesthetist, Dr Sanjeeva Gupta, who works at the Bradford Royal Infirmary and St Luke’s Hospital, was presented with the accolade for his contribution to the field of interventional pain medicine from the American Society of Interventional Pain Physicians (ASIPP) during their 21st annual meeting which took place in Las Vegas, USA.

Dr Gupta said: “I was pleasantly surprised to be chosen by the ASIPP board to be presented with their outstanding contribution award as it recognises those who have contributed to the specialty in very meaningful ways.

“During my time in America, I also got to learn more about new developments in interventional pain medicine, including the role of regenerative medicine and endoscopic procedures in managing patients with chronic pain.

“It was a great honour to be invited by the ASIPP as they are a very well-recognised society in the field of interventional pain medicine.”

During his visit, Dr Gupta also presented a keynote speech on interventional pain medicine in the UK in front of 900 delegates, which was described by an ASIPP spokesperson as “enlightened and educated.”

He also presented three scientific posters which included a new technique that he has created regarding the administration of an epidural steroid injection for sciatica.