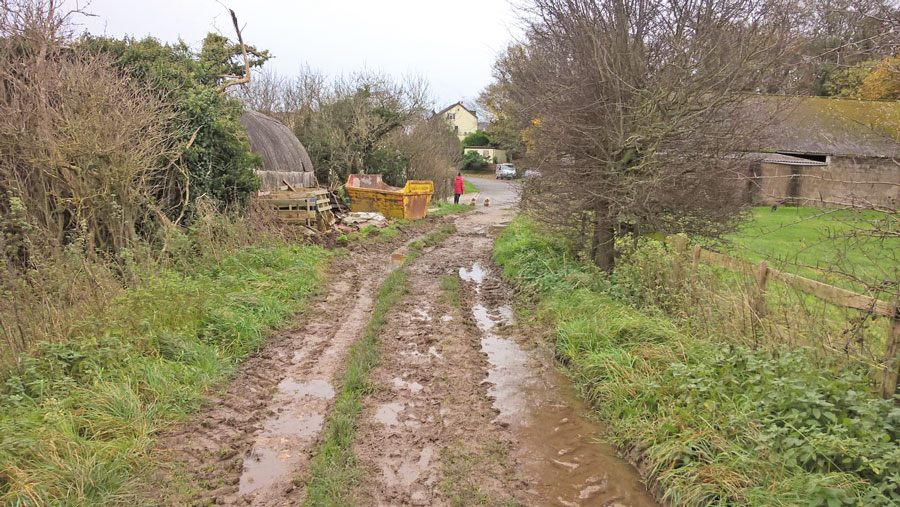 Towton Parish Council are making a bid for funds from the Heritage Lottery Fund in order to resurface parts of the Old London Road. This ancient road now used as a public bridleway by many including dog walkers, local residents and visitors following the Battlefield Trail, becomes virtually impassable after heavy rainfall, and is severely rutted in places.The road was certainly used during the Medieval period, at the time of the Battle of Towton in 1461 but archaeologists believe it may be much older than originally thought, possibly even dating back to Roman times. Over the decades the surface of the road has badly degraded, and the Parish Council want to improve this well used community asset so that it can be enjoyed for generations to come.
As well as being able to repair the road, a successful bid would also allow for an archaeological study to determine the date of the road’s original construction, which would add further to the knowledge of this historically important area. Other activities incorporating Old London Road are planned including community bulb planting, talks, an exhibition about the battlefield and the road, along with a competition in the local schools.
In order to win the grant, the council need to show that local residents of all ages support the initiative. You can show your support by sending an email to the Clerk of the Parish Council at joymorgan45@hotmail.co.uk or to Cllr Graham Webb at gjwebb147@gmail.com.