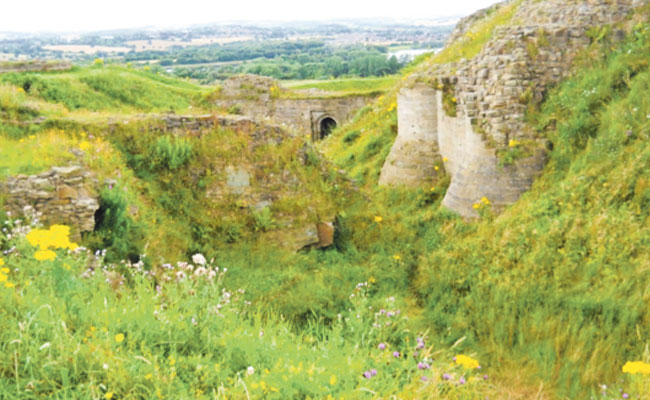 Before Towton There Was Wakefield

As the Yorkshire Reporter are running a feature on the Battle of Towton next month with the help of the Towton Battlefield Society, I thought it would be a good idea this month to cover another important battle in the Wars of the Roses that took place in Yorkshire and was just 3 months before Towton.

The battle of Wakefield was fought on the 30th December 1460. After the Yorkist defeat at the battle of Ludford Bridge in October 1459 the leader, Richard Duke of York fled to Ireland and his commanders the Earl of Salisbury and Earl of Warwick left for Calais with York’s son Edward the Earl of March. In June 1460 Warwick came back to England and raised an army to confront the ‘mad’ King Henry VI. Leaving his father Salisbury to besiege the Tower of London, he and March fought the Lancastrian forces in the battle of Northampton on the 10th July. Warwick and March routed the Lancastrians and managed to capture King Henry and lock him in the Tower of London.

The Duke of York landed in north Wales and went to London to claim the throne. When he got there the House of Lords to his surprise would not have him crowned King. He was instead granted the title Lord Protector and Parliament passed the Act of Accord which stated that Henry would remain King but York’s children would inherit the throne.

Meanwhile up north, Lords Ross and Clifford were mustering Lancastrian forces at Kingston upon Hull. The troops soon moved and made camp at Pontefract then started attacking estates belonging to York. When York heard the news he left London with his younger son Edmund Earl of Rutland and Earl Salisbury. Warwick stayed in the capital and York’s elder son March stayed in Wales to contain enemy forces there. After a small battle at Worksop, York continued north to Sandal Castle 2 miles south of Wakefield and began to reinforce it. The Lancastrian forces moved to Sandal Castle and the Duke of York decided to leave the safety of the castle, meeting the Lancastrian army just outside on Sandal Magna. This proved to be a poor decision as within just half an hour he found himself surrounded and the battle lost for the house of York. The Duke was blocked from retreating back to the castle and knocked off his horse and killed. His son the Earl of Rutland was captured and killed while trying to retreat over Wakefield Bridge and the Earl of Salisbury was captured and taken to Pontefract castle where he was killed. It was a crushing defeat for the white rose.

The heads of York, Rutland and Salisbury were taken to the City of York and displayed on Micklegate Bar with the Duke wearing a paper crown. This left Edward Earl of March ready to take his revenge, claim the throne and rescue the heads of his father and younger brother from York’s city gate. This would be far from easy. The loss of life from the battle is thought to be approx 300 Lancastrian and 1500 Yorkists.