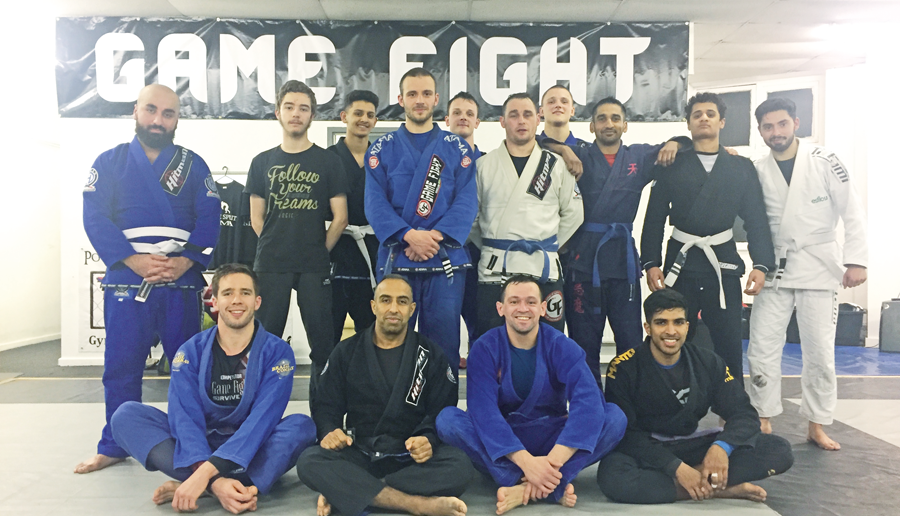 Mabsy “Tiozinho” Alam (Mahboob Alam), the first person to bring Game Fight Brazilian Jiu-Jitsu to the UK right here in Leeds has recently won a gold medal at the IBJJF tournament in Barcelona. At the age of 51 and competing in the Masters 5 section he also took bronze in the absolute tournament, beating heavier opponents, proving that he is still very much a master of the sport! I had the privilege of meeting him to find out how he got into the sport and what plans he has for the future.

Mabsy has been training in various forms of martial arts since 1990, starting at the Budokan dojo on Wellington Street, Leeds. He was bullied in primary school at a young age, even being beaten up on several occasions. He was quiet as a boy and would often just find a way to escape from the bullies, but as he got older wanted to be able to defend himself.

He trained in a wide variety of traditional martial arts over the years, achieving his brown belt in Aikido and then training in Thai boxing, competing in a few fights. Remembering the 90’s Mabsy says “Around this time the UFC took off. The first one happened and it had a big impact on us – we realised there was more to this fighting.” He started to practice submission fighting and to add to his growing list of disciplines, competing in professional MMA and submission wrestling tournaments too.

Mabsy trained in Japanese Ju-Jitsu and got his black belt, as well as a black belt in Pancrase. From there he moved into BJJ which he fell in love with saying “It was beautiful – really technical.” The rest as they say is history!

Mabsy opened his own club, True Spirit in Chapeltown in 2004. In 2013, he and a couple of his students decided to make a pilgrimage to Brazil, to train with the best BJJ practitioners in the world. Vinicius Amaral, owner of the Game Fight organisation, is renowned worldwide as 7x World Champion trained by, among others Carlson Gracie – from the famous BJJ Gracie family. He saw something in Mabsy and offered to put him through his black belt grading – making him the first ever person outside of South America to be given a black belt by the master! Vinicius was so impressed by his performance, that he believed that Mabsy could become the Game Fight Ambassador in the UK and endorsed him to open the first ever UK Game Fight gym.

Mabsy returned home and opened Game Fight on Cross Stamford Street near Roseville Road in October 2014, offering BJJ classes to adults and children as well as MMA classes. Although he recently returned to competition himself, winning the gold in Barcelona and vowing to continue as long as he can, his main passion is teaching others. Over the years Mabsy has taught and trained guys to championship level in MMA and he has a good Jiu-Jitsu team who are very successful at tournaments. He tells us “My gym is open to everybody, we are a really friendly club and BJJ is great for building confidence, relieving stress and anger. If one can deal with bigger, stronger opponents/partners in the dojo, then it helps to prepare them to deal with difficult situations in life outside the dojo. I love training others to share my passion for BJJ but my favourite part of the job is seeing someone do really well, sharing their journey from complete novice to winning tournaments. My plans for the future are to continue to do just that – help others develop, progress and achieve.”