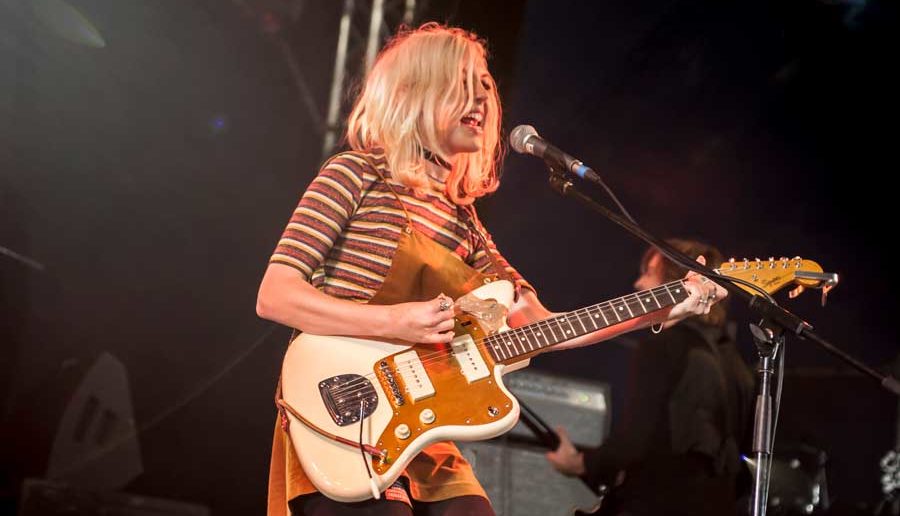 It may be getting darker and winter is just around the corner but as far as music is concerned the autumn season is bringing a myriad of red-hot bands and artists to Leeds that are sure to rid you of the winter blues. All genres, and indeed generations are catered for. Here is our guide to the best you can see until the end of 2018.

Bursting out of the ether in 2014 with their squalling guitars, vivid colours and cinematic vignettes, there’s no other British band out there quite like Black Honey. Having spent the last four years perfecting the indie game, everything you think you know about them and their unique surrealist world is about to be wonderfully shaken up as they prepare to release their hugely anticipated debut album. See them at the Church October 18th: Also, in Leeds towards the end of that month are Idles, bringing you a visceral barrage of joyous bile on the 24th. The crazy unpredictable Dream Wife on the 25th: and for rich vocal tones that exudes emotion check out Freya Ridings on the 28th.

November sees some massive nights at Leeds Arena. Always uncompromising, The Prodigy’s influence can be seen across generations, turning metal kids onto raving and ravers into metalheads are there on the 13th. Florence + the Machine have announced details of their first direct arena show on the 15th as part of the ‘High As Hope Tour’. Two years ago, Rick Astley returned with an album that surprised everyone, even himself. His number 1 album ‘50’ sold over 300,000 copies and was one of the biggest selling albums of 2016. He’ll be here on 16th of November after the band’s penultimate slots on the main stage at this year’s Reading & Leeds Festivals and headline appearances are Courteeners. Sheffield based Bring Me The Horizon have been on a rocket of a journey over the last few years, selling over 2 million albums globally to date, playing sell-out shows in over 40 countries and bring their stunning spectacle on the 24th. The following days sees something completely different when Jess Glynne returns to the arena. Celebrated for her intimate yet universally appealing themes, Jess has connected with millions of people demonstrating her peerless ability to tell the truths young women want to hear.

However, the month opens with a Leeds band everybody should see. New album Black Rainbow Sound is Menace Beach’s first new material since early 2017’s Lemon Memory, and after a self-imposed break from tour duties, the album exhibits a profound shift in their sound, whilst still mainlining the blasts of noise, visceral power, and timeless pop songsmithery of their previous releases. They’ll be shaking the foundations of the Brudenell Social Club on the 2nd. The same venue also sees Tancred on the 21st. After releasing her latest album ‘Nightstand’ to critical acclaim on June 1st of this year via Hand In Hive/Polyvinyl, Tancred (aka Jess Abbott) co-headlines with Philly band Kississippi. Leeds O2 Academy after a couple of quiet years is also back on the map: Lewis Capaldi’s rise to fame is an astonishing one, with only one EP to his name. The Scottish singer-songwriter has amassed millions of streams on Spotify and sold out many of his headline shows months in advance. He appears here on the 7th. The following night sees one of the biggest and brightest of the “new” country stars with the visit of First Aid Kit: Slaves (19th), You Me At Six (21st), Jessie J (26th) and Miles Kane (29th) end a very impressive month for them: Finally, one of Leeds newest venue brings two bands that we have championed for a while. The venue is the Church. A stunning venue acoustically and atheistically as the owners have kept the building largely untouched. The bands are New York trio Sunflower Bean who released the best record of 2018 with Twentytwo in Blue and are magnificent live: Here on the 20th. Hinds are the other. It is part of the band’s longest and largest UK tour. A band fighting for their place, a band unwilling to rely upon their successes, and a band who plays hard but works even harder and who close an exciting autumn on the 29th.