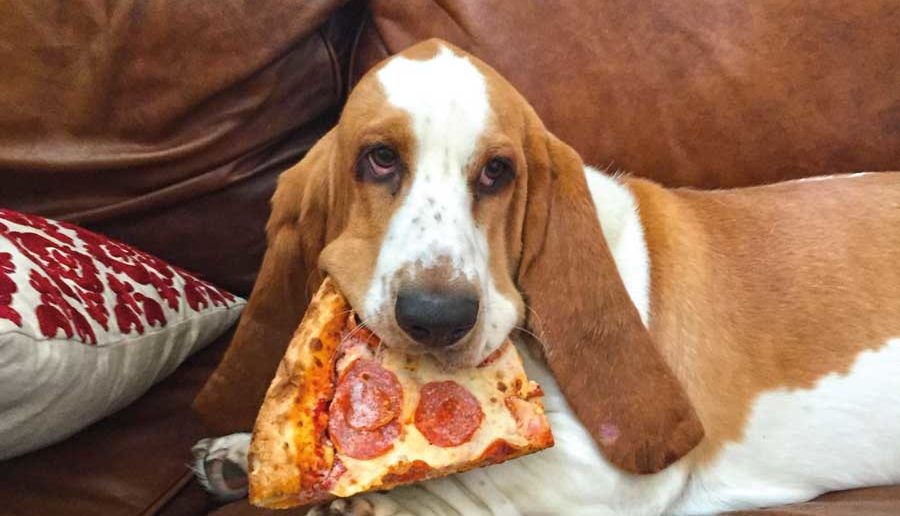 Dinner table titbits are fuelling pet obesity with dogs in Leeds getting through 54,000 calories in extra treats every year, according to new research from leading pet food manufacturer Royal Canin.

To celebrate the launch of its new Canine Care Nutrition range, Royal Canin analysed the feeding habits of 2000 dog owners. The research found that the extra calories an average dog in Leeds is being fed in titbits adds up to a staggering 54,000 calories each year. If a medium dog was to overeat at this rate it would be the equivalent of a human eating 340 cheese burgers, 1310 chocolate chip cookies, or 360 ice creams every year, in addition to their regular meals.  Small dogs are worse off still, with their yearly overeating equating to 1362 hash browns, 1065 sugar doughnuts, or 717 slices of pizza in human food terms.

Cocker Spaniels are the breed most likely to be fed from their owner’s plate at meal times (21%), however, looking at whole meals, almost three quarters of Golden Retrievers have eaten an entire Sunday Roast in the past six months.  One in five dog owners admitted that they believe giving their dog extra treats from their own plate shows them that they love them and that they are one of the family, with chicken (77%), beef (68%), sausages (67%), ham (63%) and vegetables (57%) listed as the most commonly fed foods.

Hannah Poile, Scientific Communications Manager for Royal Canin Canine Care Nutrition, said: “The research has brought to light some shocking results and shows that we could be loving our dogs a little bit too much! By highlighting the differences between a human’s nutritional needs and their pet’s, we hope to enable owners to better understand the needs of their animal. The four most commonly fed titbits are different varieties of meat which you could assume are the healthy choice, however these foods could easily lead to digestive upset, weight gain, or even skin issues.

“Portion size is also really important. A medium-sized dog needs almost 50% fewer calories than its owner to maintain a healthy weight and shape. Giving this size dog just one sausage roll could amount to over a third of its daily calorie requirements, so it’s really easy for this to quickly add up and result in a pet becoming overweight in a relatively short space of time.”

When it comes to what foods dogs are eating, different foods can affect dog’s health in different ways. Dairy, for example, is amongst the top food allergens for dogs, so feeding ice-cream, milk or yoghurt could lead to diarrhoea or other digestive issues.

Hannah added: “As well as the obvious dangers of obesity such as heart disease and joint conditions, these foods can also be linked to many other health problems including digestive issues, skin problems and tooth decay.”

“Working with Royal Canin on the launch of Canine Care Nutrition has really opened my eyes to the importance of tailored nutrition for dogs. I’ve certainly been guilty in the past of giving my two Schnauzers, Otto and Rory, treats from my own plate, and I know dog owners do this because we love them so much! However, I have learnt from this campaign that while certain foods and ingredients might certainly appeal to my dogs and myself, feeding them these foods won’t help keep them in optimum health and could actually lead health problems in the future. I’ll certainly be much more mindful about treats and titbits in the future.”

The Canine Care Nutrition range is a complete and balanced nutritional solution available in compatible wet and dry formats for healthy adult dogs. Each product is dedicated to a specific care target where the right nutrition can really make a difference in maintaining health. Each product is precisely tailored and provides active nutrients specific to that area of care.