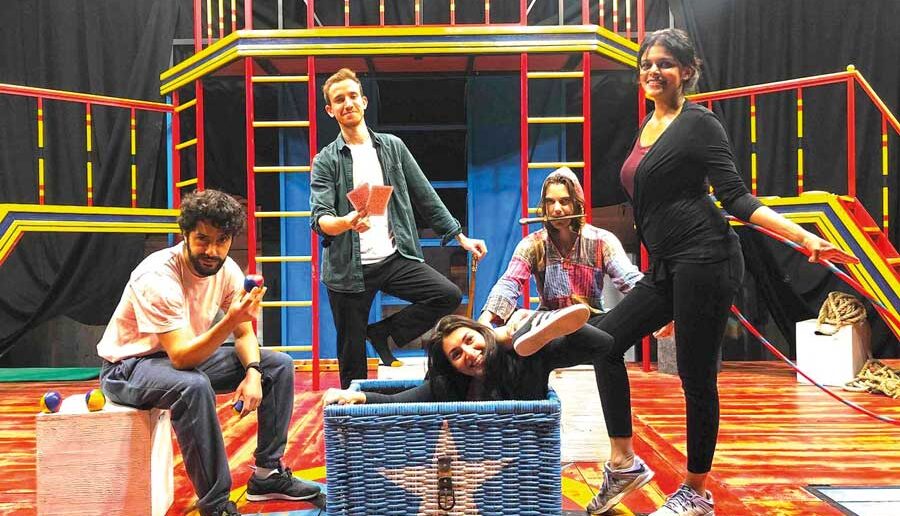 Around the World in 80 Days

Visiting All Four Corners
Of York Between
6th & 28th August

York Theatre Royal is going global. A new circus-themed adaptation of the Jules Verne classic Around the World in 80 Days will visit all four corners of York between 6 and 21 August, playing at four outdoor venues and finishing the tour on stage at York Theatre Royal

The adaptation is by the theatre’s Creative Director Juliet Forster, who directed the Travelling Pantomime and Love Bites, the love letter to live performance that re-opened the theatre after Covid restrictions eased on May 17.

Juliet said: “As one of the characters in the play says: ‘If you can’t travel to exciting parts of the globe this summer, don’t despair – we are here to bring the world to you!’ That is the spirit of this production really.

“Many of us are feeling disappointed that there are still a lot of restrictions around travelling this summer, so this show is the perfect opportunity for some armchair tourism – or rather, picnic blanket tourism.

“Jules Verne’s story is a lot of fun as the characters race against time to complete a full circuit of the earth, and in this version, fact and fiction also go head to head as real-life investigative journalist Nellie Bly, puts in an appearance. It’s going to be a joyful, very energetic, very silly and highly acrobatic re-telling of the story, delivering the kind of experience that live theatre does best.”

Around the World in 80 Days is designed by Sara Perks, whose previous work at York includes Everything Is Possible: The York Suffragettes and Brideshead Revisited.

The cast includes Emilio Iannucci, previously seen at the Theatre Royal in Book of Dragons and Hello and Goodbye. He plays the Ringmaster and Phileas Fogg. Other cast members are Ali Azhar (The Clown/Passepartout), Ulrika Krishnamurti (The Trick Rider/Aouda), Eddie Mann (The Knife Thrower/Detective Fox) and Dora Rubinstein (The Acrobat/Nellie Bly).

Chief Executive Tom Bird said: “Following the success of our hugely popular family summer shows, including Swallows and Amazons and The Wind In The Willows, we are excited to be going outdoors and to all four corners of York again with Around The World In 80 Days. This madcap adventure, full of fun and frivolity is just what we need right now – enjoy!”

Ticket prices are £20 for adults and £15 for under 16s with a family ticket discount of 10 per cent.