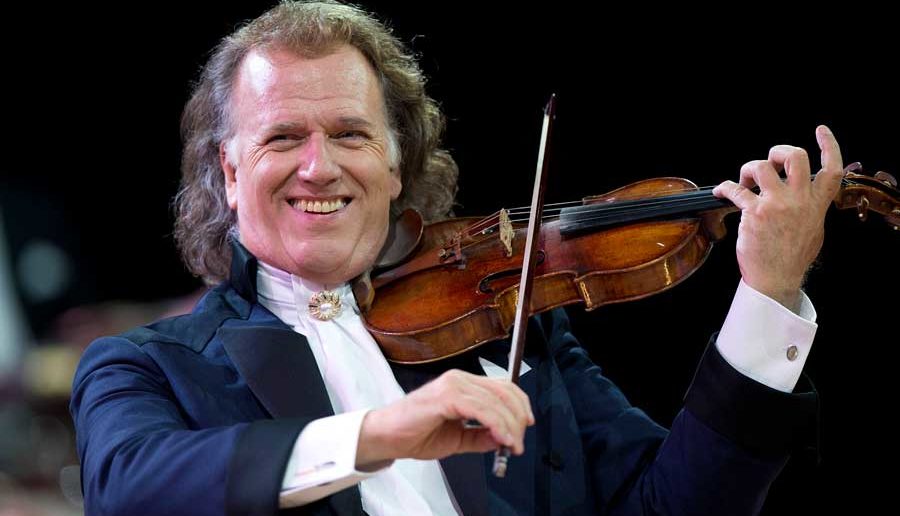 ANDRÉ RIEU, ‘THE KING OF THE WALTZ’, RETURNS TO CINEMAS

New Year’s: fresh starts, new beginnings, a new concert… but still the same King of the Waltz! The iconic André Rieu returns to cinemas across the country for a very special New Year’s concert – his first EVER for the big screen.

The iconic violinist presents a brand-new concert, recorded at Sydney’s Town Hall in Australia, to hundreds of thousands of fans in cinemas across the UK on Saturday 5th January & Sunday 6th January 2019 – the perfect way to chime in the New Year.

Commenting ahead of the concert, André said, “I am absolutely delighted to be bringing my first ever New Year’s concert to cinemas. To be able to perform at the historic Sydney Town Hall is a real thrill, and I can’t wait to share the concert with audiences around the world. We have lots of surprises planned so look forward to sharing on the night! New Year is always such a special time for me and my family, so I hope we can all come together to chime in the celebrations for 2019!”.

The majestic Sydney Town Hall in Sydney will provide a beautiful intimacy for this unique, first time performance, where he will be joined by his beloved Johann Strauss Orchestra, with whom he has performed with for over 30 years.

In addition, the maestro will welcome his world class Sopranos, the Platin Tenors, as well as plenty of surprises, as he presents a spectacular festive concert of hope and hits, with a repertoire consisting of pieces from the worlds of classical and popular music.

Presented by leading event cinema specialist Piece Of Magic Entertainment, the concert will be hosted by Good Morning Britain presenter Charlotte Hawkins, who takes cinema audiences behind the scenes of the concert presentation, soaking up the atmosphere with the fans, as well as André taking fans on a very special tour around the beautiful city of Sydney!

André’s 2018 Maastricht shows were broadcast in cinemas across the UK and Ireland in July 2018, taking over £1.7 million, making the top grossing concert event cinema release of all time.

Win A Pair Of Tickets To Vue Kirkstall Road

The Yorkshire Reporter has a pair of tickets for Vue Kirkstall Road on Sat 5th Jan at 7pm to giveaway.