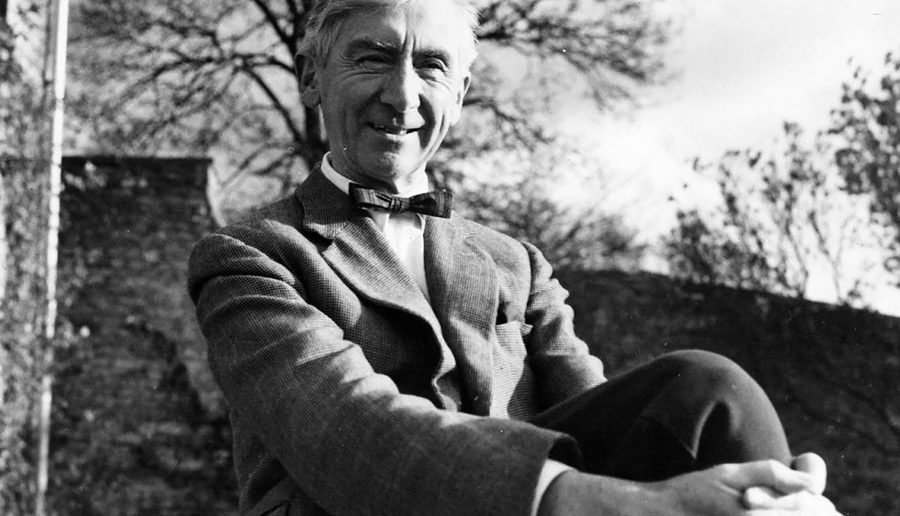 Anarchy, Art And The Life Of Herbert Read

Art in an Electric Atmosphere: The Library and Archive of Herbert Read tells the personal story of a Yorkshire-born polymath and cultural vanguard, through his own collection.

Open Monday 2 September, the exhibition is guest-curated by artist Stephen Sutcliffe and arts organisation Pavilion. It explores the contradictions in the life of Sir Herbert Read, who gained a considerable international reputation as a poet, critic, anarchist, educationalist, historian and philosopher.

Comprising of over 165 items from Read’s archive and library, the exhibition has been put together with a collagist’s sensibility to reflect the contradictory life of the man himself.

The son of a farmer, Read was raised in Yorkshire and studied at the University of Leeds. In 1915 he went to fight in the First World War, emerging in 1918 as a decorated hero, committed pacifist and published poet. He went on to be one of the most important cultural figures of the day, co-founding the Institute of Contemporary Arts with Roland Penrose.

“I have a fascination with biography, especially texts on contradictory characters. Read was an anarchist and a knight of the realm. He came from farming stock to become one of the most revered cultural commentators of his day.”

Using Read’s own collection, the exhibition gives a unique glimpse into the private life of this multi-talented man. On display is everything from the mundane, such as a 1964 receipt for a domestic dishwasher, to the extraordinary, like a postcard sent to Read by Pablo Picasso.

A strong thread throughout Read’s life is the connections he made. Many of Read’s close friends, allies and collaborators are represented in the exhibition through photographs, letters and ephemera, including T.S. Eliot, Naum Gabo, Barbara Hepworth, Henry Moore, Peggy Guggenheim, and more.

Central to the exhibition is a new projected video work by Glasgow-based and Yorkshire-born collage artist Stephen Sutcliffe. Sutcliffe’s video is based on the covers of Anarchy, a monthly journal published in Britain throughout the 1960s which Read collected and occasionally contributed to.

“I was born in the year that Herbert Read died. My only other connections with him are that I’m from Yorkshire and also took a route into culture from an unlikely background. His archive held at Leeds University Library Special Collections has a vast array of items from his personal and professional life. I wondered at such an active and diverse life. It soon became clear that the best way to represent his life is in collage form, which is handy because that’s the way I like to work.”

Art in an Electric Atmosphere: The Library and Archive of Herbert Read, opens on Monday 2 September at the Treasures of the Brotherton Gallery and runs until 1 August, 2020. Entry is free. For more details and opening times, visit;