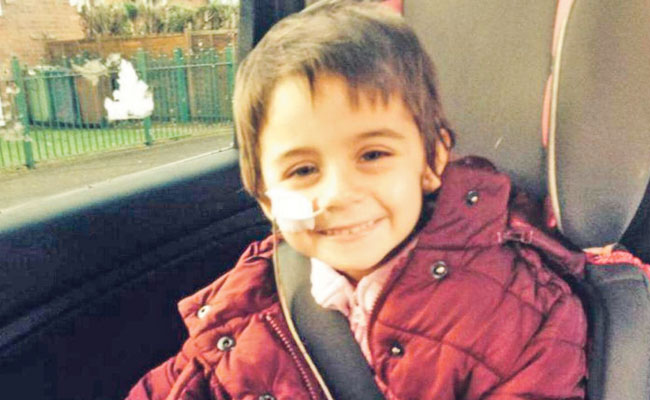 An update on Kendal

Fundraising continues for brave little Kendal Middleton-Jessop of East Leeds who was featured in our August and October editions. 3 year old Kendal suffers from an aggressive form of cancer, Neuroblastoma, and has just concluded a course of painful treatment, the results of which should be known in the next few weeks.

Even if successful, there is an 80% chance of the disease returning and Kendal’s friends and family are desperately trying to raise £500,000 for Kendal to undergo further treatment in Germany or America should she need it. If, it is successful, and we all praying it is, money raised will be re-donated to the Friends Against Neuroblastoma charity for other children and their families who are facing a similar nightmare. So far the family and their dynamic team of supporters have raised £160,000 through their diligent, relentless and determined fundraising. There’s still some way to go and over the next months there is a calendar of charitable events starting with a sponsored walk on 15th February 2014 from Sheffield Wednesday’s football ground, Hillsborough, to Leeds United’s home, Elland Road.

The 30.1 mile walk will be undertaken by nearing 100 of Kendal’s friends and has attracted huge support from many Leeds and further afield businesses. It is anticipated that the walkers will arrive at the Peacock Pub on Elland Road at 7.30pm and Kendal’s team welcome support from our readers, who have kindly supported Kendal in the months gone by.

If it’s by donating money or simply being there to cheer the walkers on, please don’t forget this little girl who remains an inspiration to us all. Forthcoming events including a sky dive on the 2nd March 2014, can be found on Kendal’s Facebook site – KendalsFightsAgainstNeuroblastoma.

Alternatively please make a donation via

www.justgiving.com/kendalmiddletonjessopAppeal or text KEND50 to 70070 for any amount up to £10.

If any readers would rather send a cheque please make it out to The Kendal Middleton-Jessop Appeal and post it to 8, Swarcliffe Bank, Leeds, LS14 5LD.