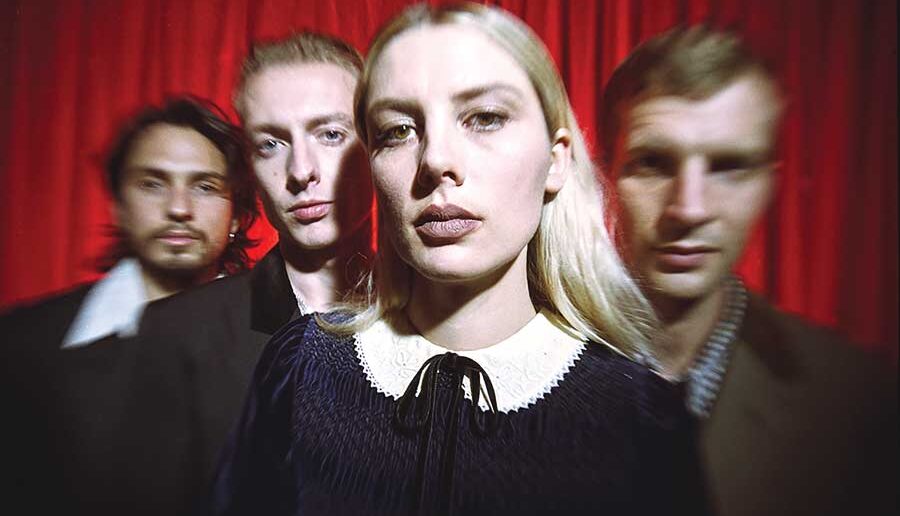 A Plethora Of New Music

We are still, it would seem, in uncertain times. However, with normality on the horizon and both Leeds and Slamdunk festivals due to go ahead later in 2021 (more on these next month) there is at last a plethora of new music around and this month we look at the best there is.

BLACK HONEY have announced details of a UK tour set for September and October 2021, and their highly anticipated second album ‘Written and Directed’ has just been released. It follows their outstanding self-titled debut released back in 2018 when the world that surrounded the Brighton fourpiece looked and felt like a vastly different place.

Black Honey however are still the bad-ass, truly original band they have always been, they have just graduated from the intriguingly anomalous newcomers to becoming one of UK indie’s most singular outfits.  They have travelled the world and released a Top 40 album; graced the cover of the NME and become the faces and soundtrack of Roberto Cavalli’s Milan Fashion Week show; smashed Glastonbury and supported Queens of the Stone Age, all without compromising a shred of the wild, wicked vision they first set out with.

Viewed through a prism of success, it is easy to forget that established artists experience the same challenges as the rest of us. ALICE MERTON achieved so much in the first chapter of her career: her breakthrough track ‘No Roots’ topped the Billboard rock chart, exceeded 400 million streams and shot to the Top 10 all across Europe.

Such was Alice’s impact that she was even invited to become a judge on the German edition of ‘The Voice’ and has now had over 620 million streams across tracks.

It was then on a cold night in Berlin, when Alice was queuing with her friends to get into a club and she realised something wasn’t quite right. The closer she got to the front, the worse she felt. As a twinge of dizziness became a rush of vertigo, Alice made her excuses and hastily headed off into the night. That experience informed Alice’s new album ‘Vertigo’, which is out now via her own label Paper Planes Records

BILLIE MARTEN has shared her new single ‘Creature Of Mine’, taken from her upcoming third album Flora Fauna – out May 21 on new label home Fiction Records. The track premiered as Annie Mac’s much-coveted Hottest Record In The World on BBC Radio 1 and follows the sensational ‘Garden Of Eden’ in providing a taster of the new record and Marten’s growth as an artist. Marten has also announced a UK tour for later in the year.

Raised in the rolling hills of North Yorkshire on artists such as Nick Drake, Joni Mitchell, Joan Armatrading, and Kate Bush, Marten’s critically acclaimed debut album Writing of Blues and Yellows, was released in 2016 when she was still just 17, while its follow-up Feeding Seahorses By Hand was similarly lauded in 2019. Recorded with Rich Cooper in London, Marten’s new material blends those signature hushed, resonant vocals with a rapid pulse and rich instrumentation, her inspirations now stretching from krautrockers Can, to Broadcast, Arthur Russell, and Fiona Apple.

Speaking about new single ‘Creature Of Mine’, Marten explains: “It’s an end of the world, post-apocalyptic scenario – you get to choose one thing, one person to leave it with. It’s a love song to a stranger and a polite request to momentarily leave Earth when it’s all too much.”

The track was inspired by lead singer ELLIE ROWSELL’s desire to fight back against those who try to define her and is the second single from their highly anticipated third album, BLUE WEEKEND, the follow up to the Mercury Prize winning VISIONS OF A LIFE. SMILE is carried along on a tide of visceral energy, and is a song destined to be a live favourite. The band envisaged this during their time recording BLUE WEEKEND in Brussels during lockdown. “This is one of the songs we wrote thinking that we would play it live,” says Rowsell. “I miss that feeling of singing on stage. It’s like screaming into a pillow or something – you can get away with being more nasty. There’s a whole other part of me missing.”