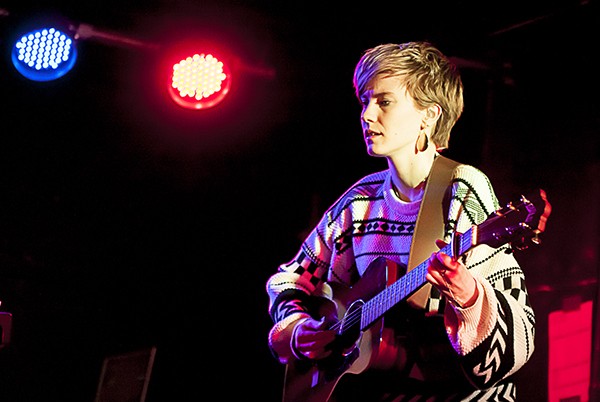 2015 is already shaping up to be a terrific year for music: Here’s a little bit of what you should be seeing in 2015: Let’s start with thoughts of the summer and three festivals that have established themselves as some of the best in the whole of the UK.

Live At Leeds is a metropolitan music festival held annually across a variety of venues in Leeds on the first bank holiday weekend of May. It recently won the Best Metropolitan Festival 2014 award. Speaking about the award Amy Dewsnap who is responsible for the organisation of the festival said. “It’s a great platform for emerging talent and it is pleasing that so many people have supported us in showcasing this. We would like to thank everyone who has worked on the event, the volunteers, our sponsors and of course all the fantastic artists that performed at the festival. We are now busy booking 2015 and will continue to improve and grow the festival into something Leeds can be proud of.”

The Live At Leeds ethos has always been to celebrate the best in upcoming local bands alongside more established national acts. Over the past six years, they have had the likes of Mumford & Sons, Ed Sheeran,  Jake Bugg, Hurts, Bombay Bicycle Club, Pulled Apart By Horses, Rudimental and London Grammar grace the stages! 2015 will no doubt celebrate the winning of the award by being the best ever: The bill is a closely guarded secret until the official launch later in January. However, Wolf Alice played the festival in 2007 surely it’s time they were back? 2015 Festival takes place on the bank holiday weekend of 2nd May to 5th Early bird tickets at twenty pounds are on sale now:

Leeds Festival on the final bank holiday weekend of the year (28th to 30th August) has already named some of the bill: Metallica will headline along with the likes of Jamie T and Manchester Orchestra: Often wrongly overshadowed by Glastonbury, Leeds Festival is the music festival for music lovers.

The line-up has become more eclectic in the past couple of years but not to the detriment of its core audience. And in 2014 the sun shone for some of the time too! Tickets are on sale now.

An hour or so down the M1 and you’ll find the burgeoning reputation of the Download Festival. Last year headlined by American superstars Aerosmith: This is the place to go see the very best in rock music. The headliners have already been named. Slipknot: Muse and Kiss will headline with support from some of the biggest bands around such as Faith No More and Marilyn Manson. Tickets available now!

If you’d like to get into the festival spirit early just a quick word about Eat You Alive Festival that takes place at Warehouse 23 over 24th and 25th January.

Chasing Dragons amongst others will be there and at just nine quid for both days it’s a bargain.

There’s also a plethora of tours beginning in January and going through to March: Die Antvoord, Jessie Ware, Jessie Jay Hudson Taylor and Elbow are all in the region in January to give 2015 a real kick start. February sees the Kaiser Chiefs at the arena with War On Drugs and Marmozets appearing towards the end of the month. March the fabulous Halestorm come to Leeds as do the wondrous The Subways and Wolf Alice:

It’s going to be a great year. Someone to look out for in 2015 is Natasha North, tipped to be “one of the biggest things to happen to the UK singer/songwriter scene in 2015”, is a singer/songwriter from Buckinghamshire, now based in London.

Her songs range from reflective ballads to infectious upbeat numbers. Natasha’s music is characterised by strong melodic and narrative lines, resulting in a powerful and individual style. Check out her new EP “Fire” on ITunes.