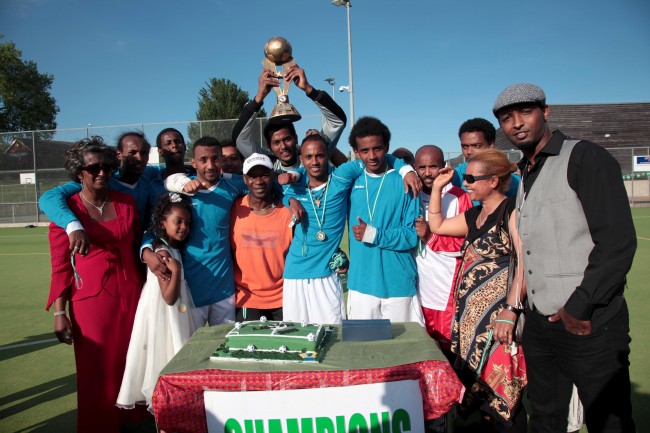 The Board of Trustees of the Nigerian Community Leeds (NCL) and Planning Committee for the Leeds African Cup of Nations (LACoN) 2014 are pleased to announce that this year’s tournament will take place on Saturday 28th June 2014 from 12:00 to 18:00 at the Community Sports Facility of the Leeds City College Thomas Danby Campus.

This increasingly popular annual sports extravaganza succeeds in bringing together African and non-African communities alike, as far as the Manchester borders, all the way to West Yorkshire.

Local dignitaries including Tom Riordan, Chief Executive of Leeds City Council and local Councillors Ronald Grahame and Asghar Khan have in the past launched the event’s draw. The announcement of this year’s local dignitary to conduct the draw on June 7th is eagerly awaited by the local communities.

Last year’s tournament, which took place at the same venue attracted over 1000 people from across the City of Leeds, Bradford, Wakefield, Huddersfield and the Pennines (Lancashire). Organisers anticipate a significant increase in interest in this year’s event due to the FIFA World Cup taking place at the same time and there is a plan to cater for the needs of those who would like to follow events in Brazil as well as watch the games in Leeds.

Mr Curly Junior, captain of the Cameroon team said “We won it in 2012 and were very close last year but missed out in the final because Eritrea got their penalty kicks right – we will not make that same mistake this year! We have been in the final three years running and plan to do so again with a victory this time round.”

LACoN 2014 will again have representation from across the African Diaspora with dual heritage and non-Africans in the United Nations team. LACoN 2014 will have 12 teams and everyone who attended over the last eight years are looking forward to the prospect of the most successful tournament to date as promised by the Planning committee.