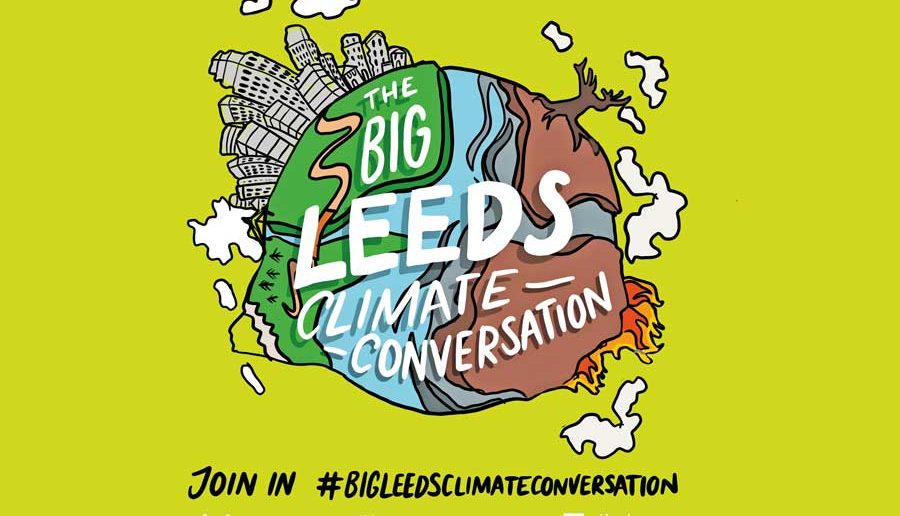 Leeds City Council and the Leeds Climate Commission have kicked off a three month consultation on climate change at a packed launch event held at the University of Leeds.

The Big Leeds Climate Conversation aims to raise awareness of the need to tackle climate change, find out whether individuals are willing to take action, and explore what residents think about a number of bold ideas to cut emissions.

Ultimately, the Big Leeds Climate Conversation will help develop a citywide plan to work towards becoming a carbon-neutral city by 2030 following the council’s climate emergency declaration earlier this year.

Residents can take part in an online questionnaire or have a conversation about climate change in person. Council officers, members of the Leeds Climate Commission and volunteers will have a presence at a number of events and meetings held across the city as part of the campaign.

A report summarising the findings of the conversation and an action plan arising from it will be presented to the council’s Executive Board in December.

“Tackling climate change is the greatest environmental challenge we face but it is also an unprecedented opportunity to improve our quality of life and transform our city.

“We have already declared a climate emergency and we are working towards becoming a carbon neutral city. But this won’t be possible without widespread support from residents, communities and businesses.

“The Big Leeds Climate Conversation is a fantastic opportunity to build that support and engage with every community in Leeds. We need permission from the citizens of Leeds to make these significant and substantial changes to the way our city works and I would urge every resident to use this opportunity to shape the future of the city they live in.”

“Our job as an independent Commission is to draw people and organisations together, to build capacities for action, to present evidence on what we can do and to review the progress we’re making.

“We know that significant changes are needed to get to carbon neutral, but it’s crucial that we have a license from the people of the city for the changes that need to be made. The Big Leeds Climate Conversation is a crucial step in the process of developing that license. We want people to tell us what kind of transition they want and how it should be delivered.

“That will then guide our actions on climate change for the next ten years. It’s vital that people across the city feel that the low carbon transition is something that is being done by them or with them, rather than to them’.

More information about Leeds City Council’s work to tackle climate change can be found at: www.leeds.gov.uk/climate.

Residents can participate in the online questionaire at;