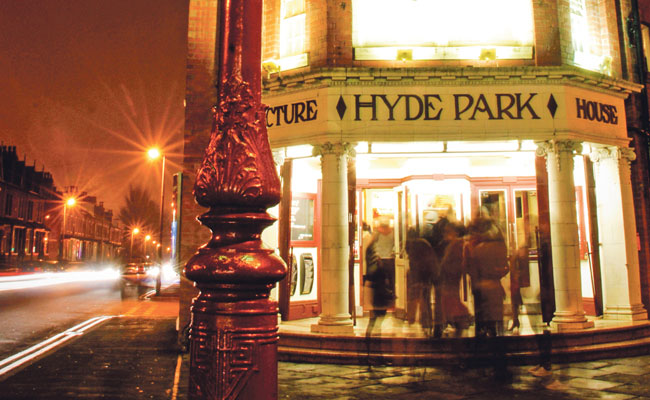 Hyde Park Picture House is celebrating its centenary this year on 7th November 1914 and local MP, Greg Mulholland, has commemorated this event by tabling a motion in the House of Commons. During its initial launch at the start of World War One, the Picture House played a significant role by playing news bulletins, war footage and morale boosting dramas. Since then the cinema has been entertaining audiences with a wide range of film genres for 100 years.

“The 100th Anniversary of Hyde Park Picture House is a fantastic landmark achievement and I hope the cinema continues to thrive and has a long and prosperous future here in Hyde Park.

“The Picture House is certainly a focal part of Hyde Park’s community and I’m sure many generations of Leeds residents have vivid memories of times spent watching films there.

“I look forward to continuing to support the Picture House and attending several of their exciting series of Anniversary events that will be held throughout the year.”

“We’re thrilled to be celebrating our centenary this year. This little place has been through a lot over the past 100 years: two world wars, the arrival of television and the multiplex boom – but we’re still here, and we’re delighted that so many people still love to visit and include us in their lives in really special ways. For example just last week a couple got engaged at the Picture House, it was a really beautiful event and showed that for a lot of people the Picture House is more than just a building.

“As part of our centenary celebrations we’re currently planning a number of exciting events that will take place later this year, including some special WWI collaborative screenings with the University of Leeds, and the commissioning of a brand new artist moving image work by Luke Fowler and Mark Fell.

“We simply wouldn’t be here today without the incredible support of our audiences, our volunteers and our friends, who help make this place so special. And it’s because of them that I’m confident the Hyde Park Picture House will continue to show films for the people of Leeds for at least another 100 years yet.”